A software-defined perimeter (SDP) is a network boundary that is based on software, not hardware. SDPs can be part of a Zero Trust security approach.

A software-defined perimeter (SDP) is a way to hide Internet-connected infrastructure (servers, routers, etc.) so that external parties and attackers cannot see it, whether it is hosted on-premise or in the cloud. The goal of the SDP approach is to base the network perimeter on software instead of hardware. A company that uses an SDP is essentially draping a cloak of invisibility over their servers and other infrastructure so that no one can see it from the outside; however, authorized users can still access the infrastructure. 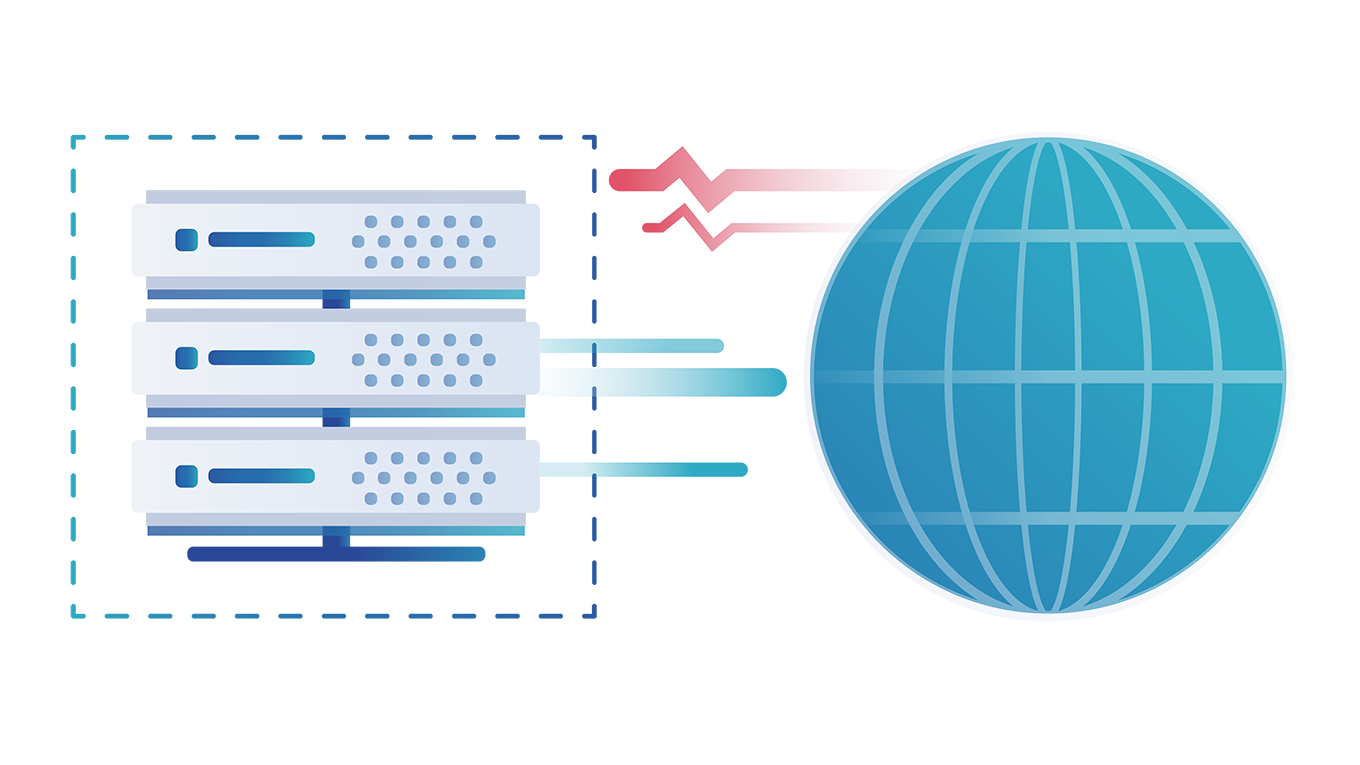 Once the user and device are authenticated, the SDP sets up an individual network connection between that device and the server it is trying to access. An authenticated user is not logged in to a larger network, but rather is given their own network connection that no one else can access and that only includes the services that the user has approved access to.

Now imagine a fourth person: David, the CFO of Acme Inc. David needs access to both the accounting database and the customer database. Should David have to log in to two separate VPNs in order to do his work? Or should Acme's IT department set up a new VPN that provides access to both accounting and the customer database? Both options are unwieldy to manage, and the second option introduces a high degree of risk: an attacker who compromises this new VPN with broad access across two databases is able to do twice as much damage as before.

SDPs, on the other hand, are much more granular. There is no overall VPN that everyone who accesses the same resources logs in to; instead, a separate network connection is established for each user. It is almost as if everyone has their own private VPN. In addition, SDPs verify devices as well as users, making it much more difficult for an attacker to breach the system with stolen credentials alone.

A couple other key features separate SDPs from VPNs: SDPs are location- and infrastructure-agnostic. Because they are based on software rather than hardware, SDPs can be deployed anywhere to protect on-premise infrastructure, cloud infrastructure, or both. SDPs also easily integrate with multi-cloud and hybrid cloud deployments. And finally, SDPs can connect users in any location; they do not need to be within a company's physical network perimeter. This makes SDPs useful for managing remote teams that do not work within a corporate office.

How do SDPs relate to Zero Trust security?

As the name implies, there is no trust in Zero Trust security; no user, device, or network is considered trustworthy by default. Zero Trust security is a security model that requires strict identity verification for every person and device trying to access internal resources, no matter whether they are sitting inside or outside the network perimeter (or, the software-defined perimeter).

An SDP is one way to implement Zero Trust security. Users and devices must both be verified before they can connect, and they have only the minimum network access they need. No device, not even a CEO's laptop, can form a network connection with a resource it is not authorized to use.