What is the cloud? | Cloud definition

What is a cloud firewall (FWaaS)?

"The cloud" refers to servers that are accessed over the Internet, and the software and databases that run on those servers. Cloud servers are located in data centers all over the world. By using cloud computing, users and companies do not have to manage physical servers themselves or run software applications on their own machines. 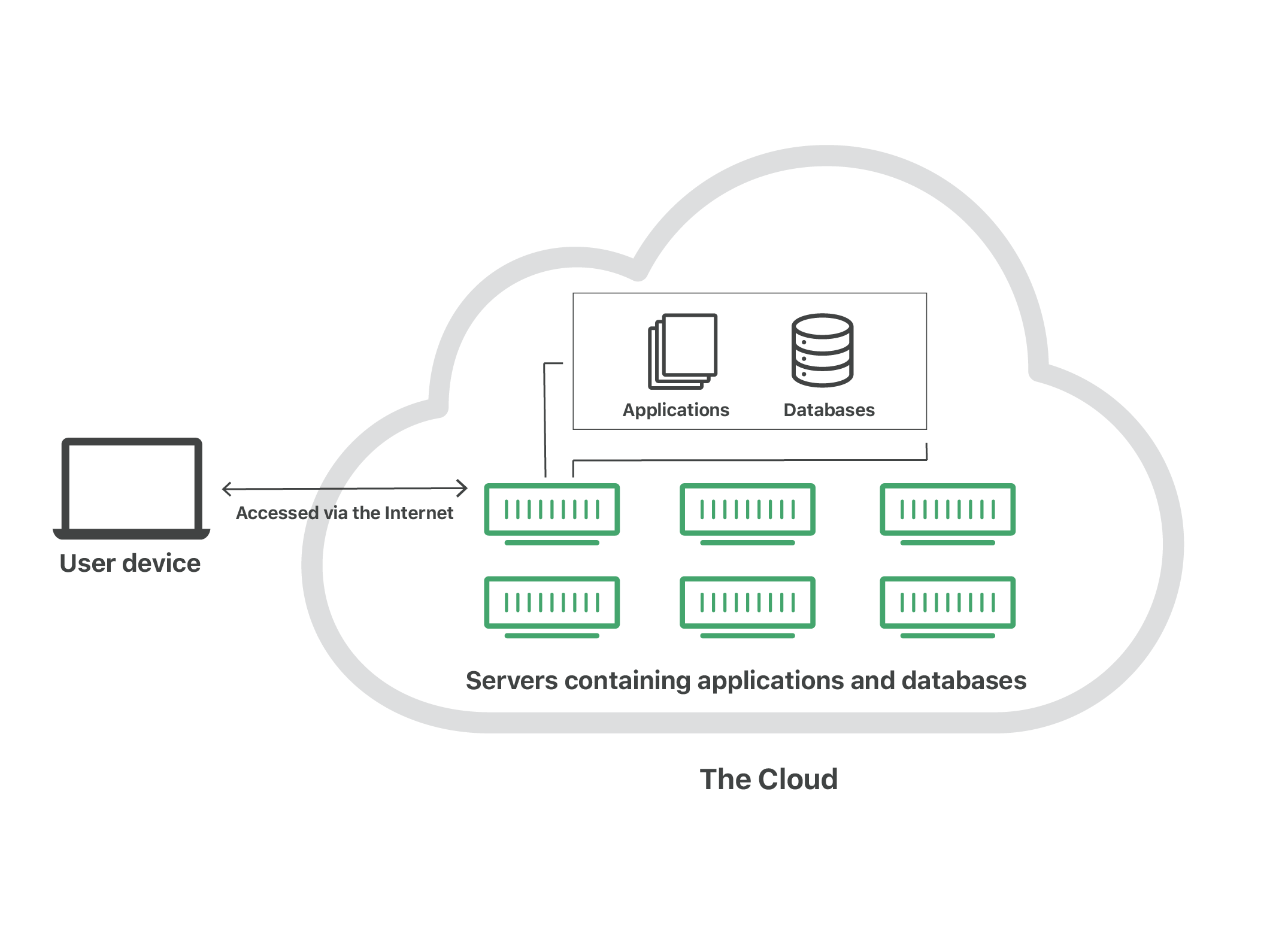 The cloud enables users to access the same files and applications from almost any device, because the computing and storage takes place on servers in a data center, instead of locally on the user device. This is why a user can log in to their Instagram account on a new phone after their old phone breaks and still find their old account in place, with all their photos, videos, and conversation history. It works the same way with cloud email providers like Gmail or Microsoft Office 365, and with cloud storage providers like Dropbox or Google Drive.

Virtual machines also make more efficient use of the hardware hosting them. By running many virtual machines at once, one server can run many virtual "servers," and a data center becomes like a whole host of data centers, able to serve many organizations. Thus, cloud providers can offer the use of their servers to far more customers at once than they would be able to otherwise, and they can do so at a low cost.

Users access cloud services either through a browser or through an app, connecting to the cloud over the Internet — that is, through many interconnected networks — regardless of what device they are using.

Infrastructure-as-a-Service (IaaS): In this model, a company rents the servers and storage they need from a cloud provider. They then use that cloud infrastructure to build their applications. IaaS is like a company leasing a plot of land on which they can build whatever they want — but they need to provide their own building equipment and materials. IaaS providers include DigitalOcean, Google Compute Engine, and OpenStack.

Function-as-a-Service (FaaS): FaaS, also known as serverless computing, breaks cloud applications down into even smaller components that only run when they are needed. Imagine if it were possible to rent a house one little bit at a time: for instance, the tenant only pays for the dining room at dinner time, the bedroom while they are sleeping, the living room while they are watching TV, and when they are not using those rooms, they don't have to pay rent on them.

FaaS or serverless applications still run on servers, as do all these models of cloud computing. But they are called "serverless" because they do not run on dedicated machines, and because the companies building the applications do not have to manage any servers.

Also, serverless functions scale up, or duplicate, as more people use the application — imagine if the tenant's dining room could expand on demand when more people come over for dinner! Learn more about serverless computing (FaaS).

The Internet has always been made up of servers, clients, and the infrastructure that connects them. Clients make requests of servers, and servers send responses. Cloud computing differs from this model in that cloud servers are not just responding to requests — they are running programs and storing data on the client's behalf.