What is a cloud firewall? What is firewall-as-a-service (FWaaS)?

What is a cloud firewall? 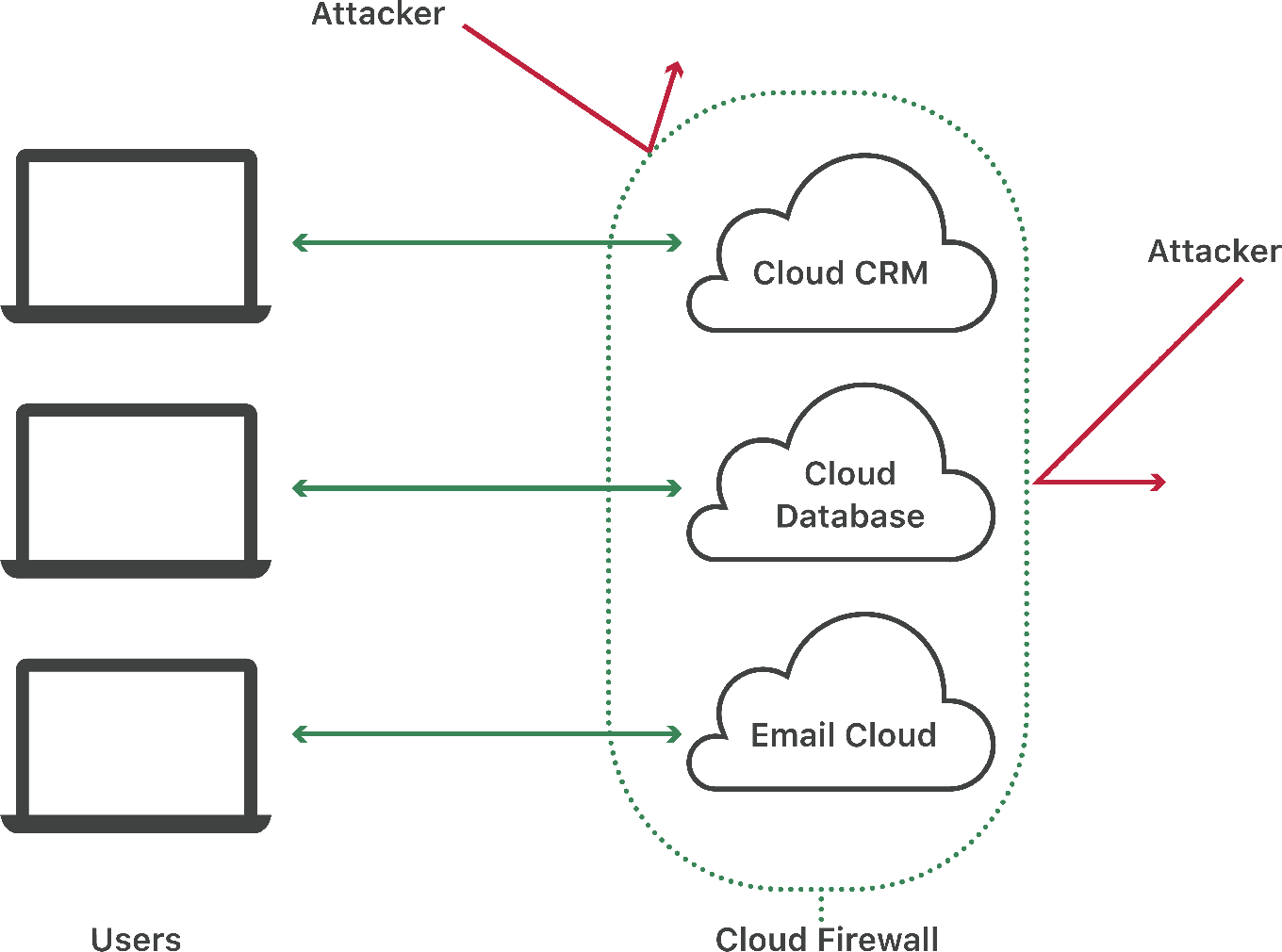 Definition of a firewall

A firewall is a security product that filters out malicious traffic. Traditionally, firewalls have run in between a trusted internal network and an untrusted network – e.g., between a private network and the Internet. Early firewalls were physical appliances that connected to an organization's on-premise infrastructure. Firewalls block and allow network traffic according to an internal set of rules. Most firewalls allow administrators to customize these rules.

The border between a trusted network and the Internet is called the "network perimeter." However, with the growing popularity of cloud computing, the network perimeter is mostly gone. Thus, cloud firewalls that form a virtual barrier between trusted cloud assets and untrusted Internet traffic are increasingly important.

Firewall-as-a-Service, or FWaaS for short, is another term for cloud firewalls. Like other "as-a-service" categories, such as software-as-a-service (SaaS) or infrastructure-as-a-service (IaaS), FWaaS runs in the cloud and is accessed over the Internet, and a third-party vendor updates and maintains it.

Banks have a lot of physical security in place. Most brick-and-mortar banks will include security features like security cameras and bulletproof glass. Security guards and bank employees also help stop potential thieves, and cash is stored in highly secure safes.

But imagine if, instead of being kept in one place, each bank branch's cash was stored in different safes all over the country that were operated by a company specializing in safe maintenance. How could the bank be sure that its money was secure without deploying additional security resources around its scattered safes? This is akin to what cloud firewalls do.

The cloud is like a bank with scattered resources, but instead of money, the cloud stores data and computational power. Authorized users can connect to the cloud from anywhere and on almost any network. Applications that run in the cloud can be running anywhere, and that also applies to cloud platforms and infrastructure.

What are the main benefits of using a cloud firewall/FWaaS?

What is the difference between a cloud firewall and a next-generation firewall (NGFW)?

A next-generation firewall (NGFW) is a firewall that includes new technologies that weren't available in earlier firewall products, such as:

NGFWs can run in the cloud or as on-premise hardware. A cloud-based firewall may have NGFW capabilities, but an on-premise firewall could also be an NGFW. Learn more about NGFW vs. FWaaS.

How does FWaaS fit into a SASE framework?

Secure access service edge, or SASE, is cloud-based networking architecture that combines networking functions, like software-defined WANs, with a set of security services, including FWaaS. Unlike traditional networking models, where the perimeter of on-premise data centers has to be protected with on-premise firewalls, SASE offers comprehensive security and access control at the network edge.

Within a SASE networking model, cloud-based firewalls work in tandem with other security products to defend the network perimeter from attacks, data breaches, and other cyber threats. Rather than using multiple third-party vendors to deploy and maintain each service, companies can use a single vendor that bundles FWaaS, cloud access security broker (CASB) services, secure web gateways (SWG), and zero trust network access (ZTNA) with SD-WAN capabilities.

Businesses looking to protect their web applications can also use the Cloudflare WAF (learn more).