In 2004, Matthew Prince and Lee Holloway set out to answer the basic question: “Where does email spam come from?” The two of them built a system that allowed anyone with a website to track how spammers harvested email addresses. Project Honey Pot was born.

Project Honey Pot quietly grew over the years. Lee’s flexible architecture adapted to track more of the threats that web administrators faced. Thousands of websites, from more than 185 countries, signed up to participate in the project. While users loved Project Honey Pot’s ability to track online malicious behavior, they had one repeated request: don’t just track the bad guys, stop them. 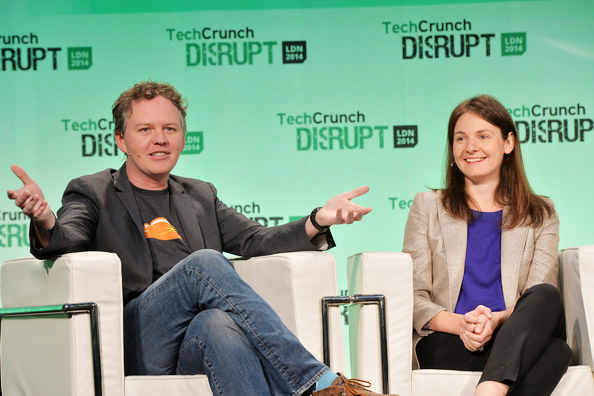 In 2009, Matthew had taken a sabbatical from his full time work to get his MBA from the Harvard Business School. There he met Michelle Zatlyn, now Cloudflare’s Chief Operating Officer. The two were talking one day when Matthew mentioned Project Honey Pot and its amazing community of users. Michelle immediately recognized the opportunity to create a service that would take Project Honey Pot to the next level: not just tracking Internet threats, but stopping them too. The classmates started to work on a business plan.

One of the first orders of business was coming up with a name. The first business plan was titled “Project Web Wall,” but that hardly resonated. A friend of Matthew’s suggested that they were creating a “firewall in the cloud,” so it should be known as Cloudflare. The name immediately felt right and stuck. Matthew and Michelle worked with the faculty at the Harvard Business School to refine the business plan. In the meantime, Lee built the first working prototype in his spare time. In April 2009, Cloudflare won the prestigious Harvard Business School Business Plan competition.

Lee was based in California and, after graduating from HBS, Michelle and Matthew headed west. The three co-founders spent the summer refining the Cloudflare prototype. They felt that Cloudflare solved a real need and set out to take Cloudflare to the next level. In November of 2009, Cloudflare closed its Series A financing with Ray Rothrock, from Venrock, and Carl Ledbetter, from Pelion Venture Partners.

Matthew, Lee, and Michelle began to build the Cloudflare team. Recruiting before you have a product is always tricky, but one thing resonated with everyone: Cloudflare's core mission is to help build a better Internet. That was a project that smart engineers could get passionate about. Soon Cloudflare’s Palo Alto, CA offices began to fill with a talented team who hailed from top companies like Google, Yahoo, PayPal, and Mint.com.

The biggest concern that investors and advisors had was that Cloudflare’s solution, which was originally focused on securing websites, would introduce latency. The team became obsessed with stamping out latency anywhere in the system. In June 2010, Cloudflare quietly launched a private beta to select members of the Project Honey Pot community. The whole team held their breath. Then something surprising happened. Users began writing in that not only was Cloudflare protecting them against online bad guys, but their sites were loading, on average, 30% faster. The efficiency of Cloudflare’s system, the layer of caching for static resources, and the fact that Cloudflare was taking so much garbage traffic off its user’s sites meant Cloudflare not only offered security, it also offered incredible performance.

From the first discussions of Cloudflare back on the Harvard Business School’s campus in 2009, the plan was always to launch at TechCrunch. On September 27, 2010, Cloudflare did just that. The entire Cloudflare team gathered in an auditorium in downtown San Francisco at TechCrunch Disrupt. Early beta users were excited about finally being able to talk about the cool service they’d been using for months. And Matthew and Michelle stepped on stage to announce to the world Cloudflare’s launch. Since then, Cloudflare has launched dozens of products and hundreds of features over the course of 6 years, opened 6 offices across 3 countries, and brought 200 data centers online. All of these efforts have brought Cloudflare's benefits: security, performance, reliability and insights, to millions of customers around the globe.

To read more about what Cloudflare is working on most recently, please visit our blog or our press center.