What are the steps for generating session keys?

In an RSA handshake, the steps in a TLS handshake for creating session keys are as follows: 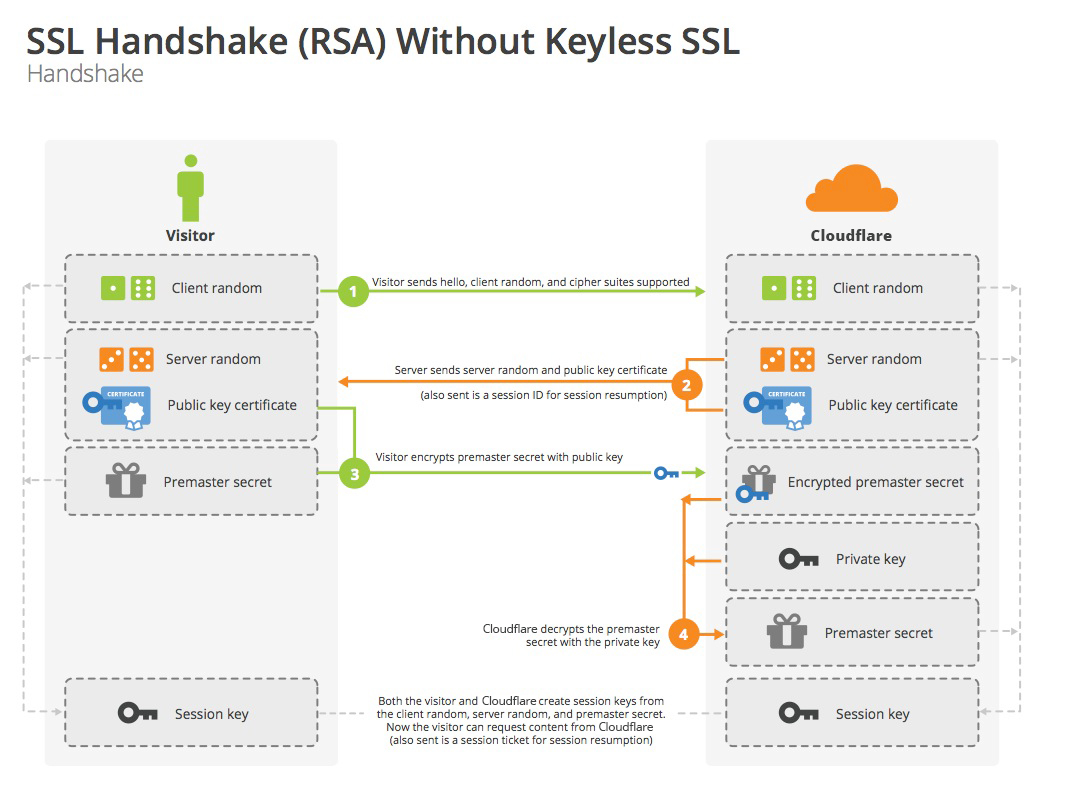 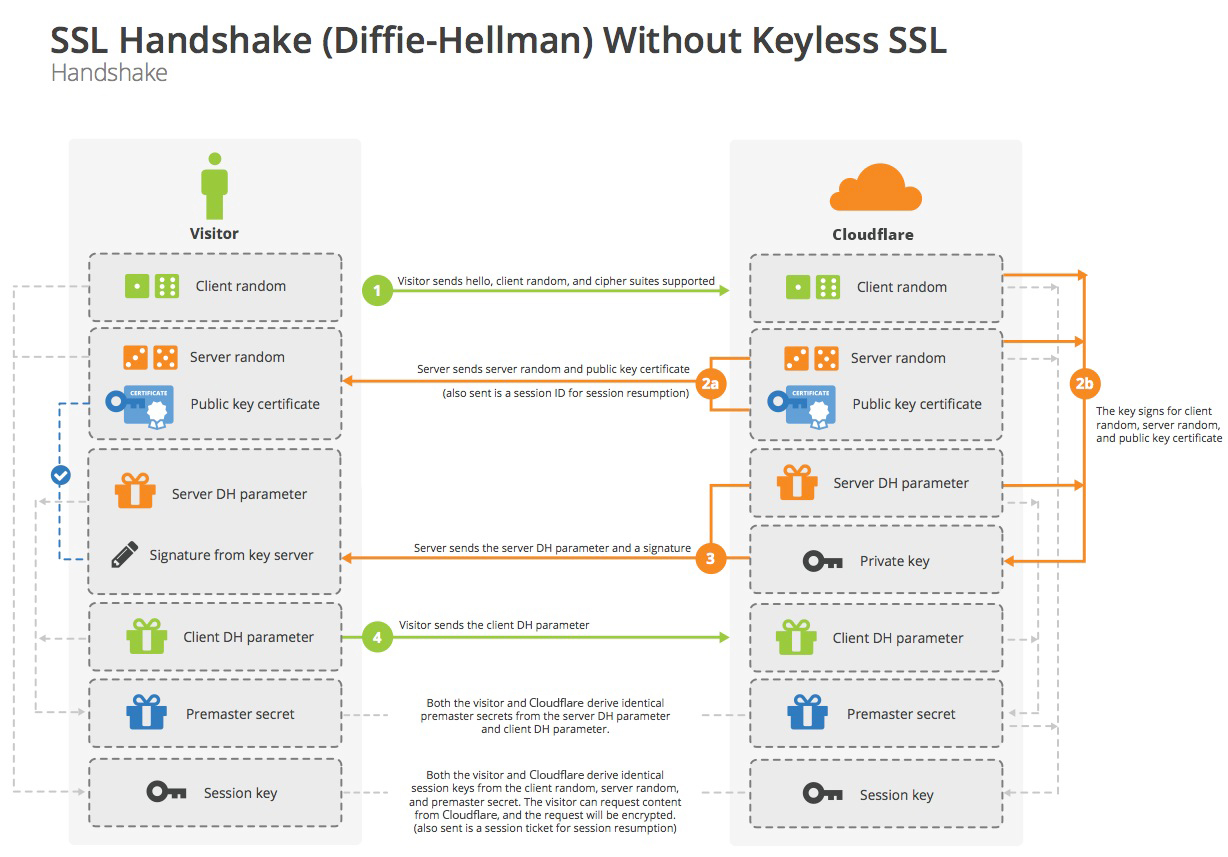 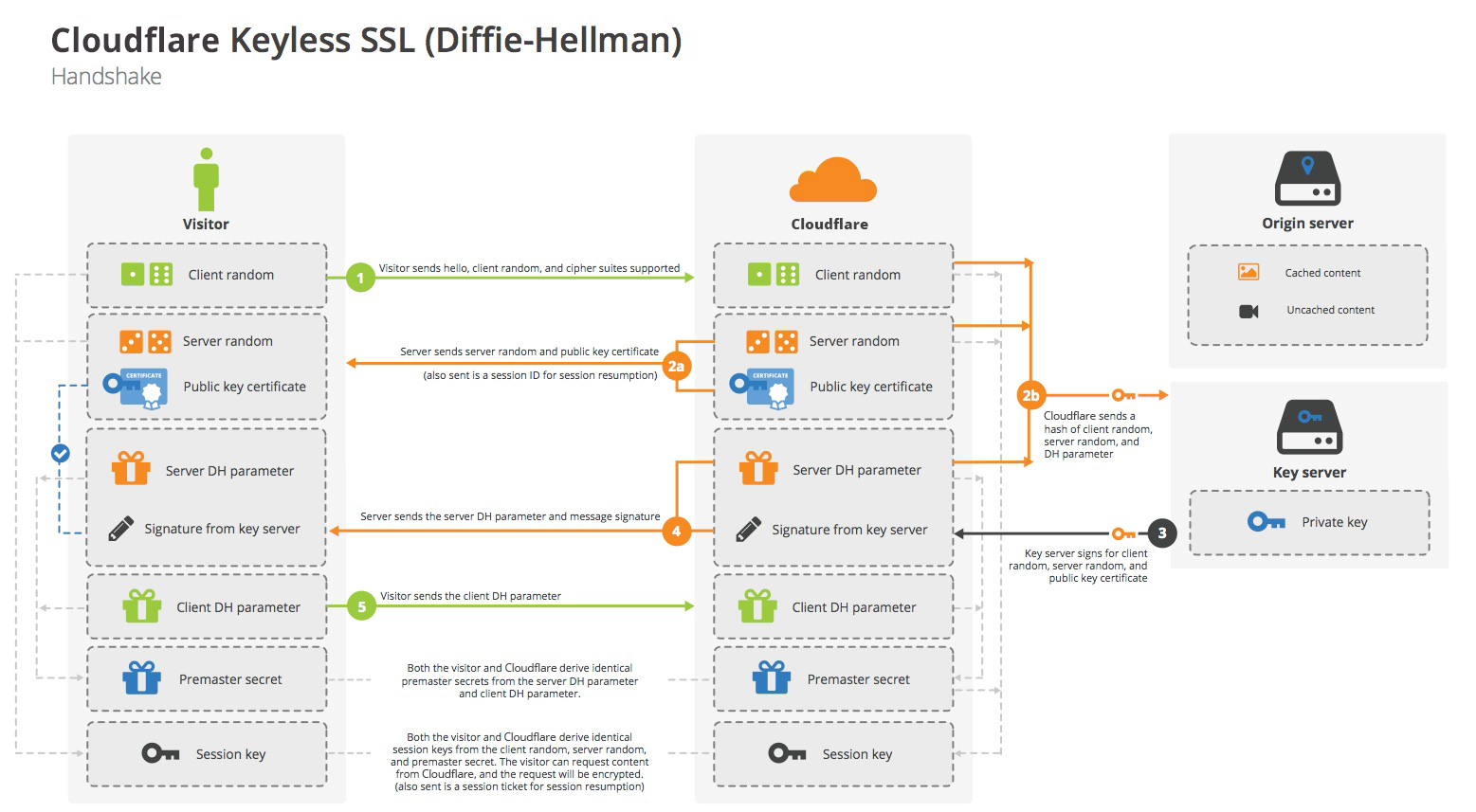 In contrast, RSA does not have forward secrecy; with the private key compromised, an attacker could decrypt session keys for past conversations, because they can decrypt the premaster secret and the client randoms and server randoms are in plaintext. By combining these three, the attacker can derive any given session key.

Cloudflare was the first cloud vendor to release keyless SSL, allowing enterprises facing tight security restrictions, such as banks, to move to the cloud. Cloudflare supports both RSA and Diffie-Hellman handshakes, so that companies can incorporate forward secrecy via Diffie-Hellman and protect against the possibility of an attacker decrypting their data after stealing their private key.