What happens in a TLS handshake? | SSL handshake 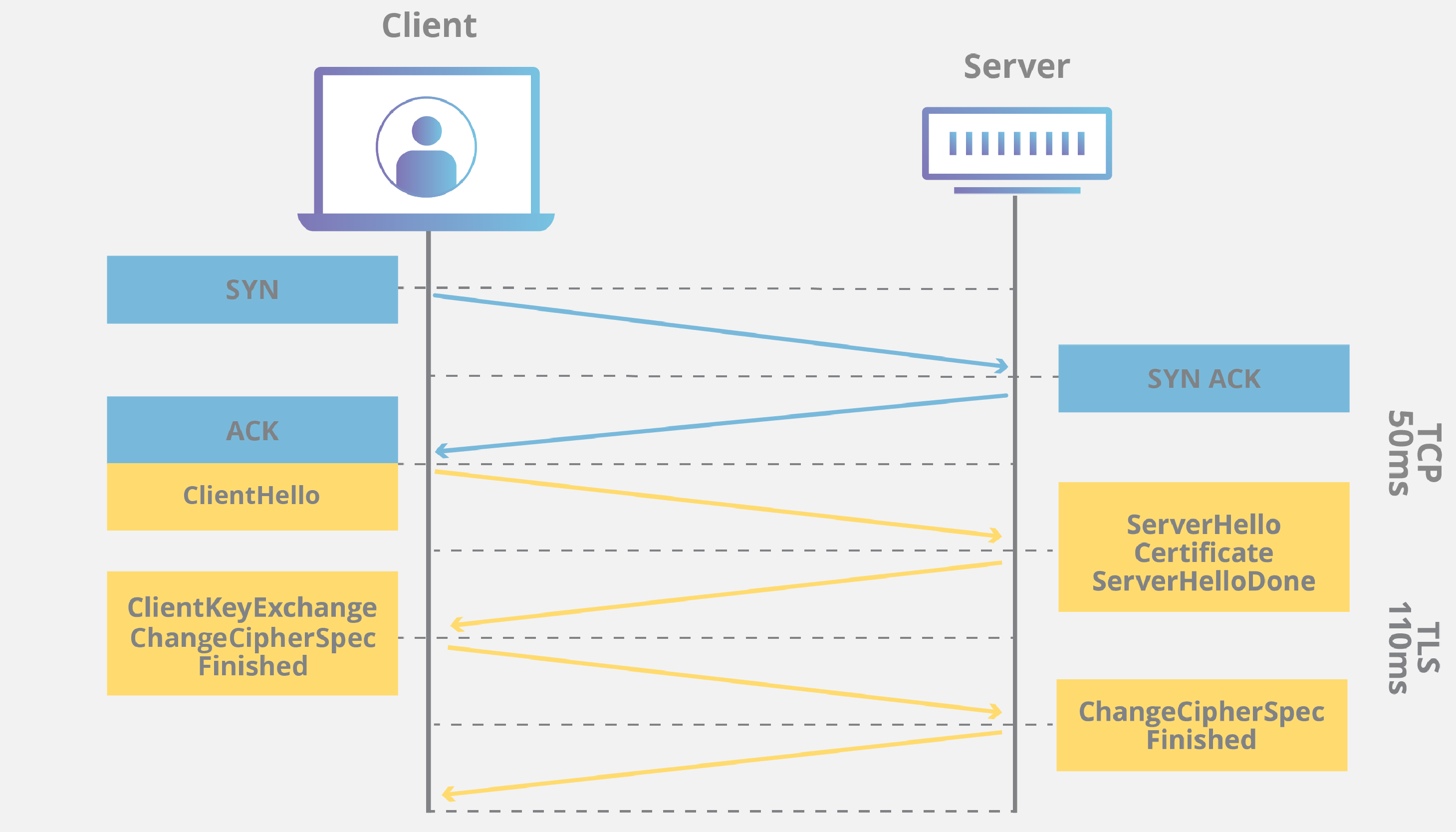 TLS is an encryption and authentication protocol designed to secure Internet communications. A TLS handshake is the process that kicks off a communication session that uses TLS. During a TLS handshake, the two communicating sides exchange messages to acknowledge each other, verify each other, establish the cryptographic algorithms they will use, and agree on session keys. TLS handshakes are a foundational part of how HTTPS works.

SSL, or Secure Sockets Layer, was the original security protocol developed for HTTP. SSL was replaced by TLS, or Transport Layer Security, some time ago. SSL handshakes are now called TLS handshakes, although the "SSL" name is still in wide use.

All TLS handshakes make use of asymmetric cryptography (the public and private key), but not all will use the private key in the process of generating session keys. For instance, an ephemeral Diffie-Hellman handshake proceeds as follows:

What is different about a handshake in TLS 1.3?

TLS 1.3 does not support RSA, nor other cipher suites and parameters that are vulnerable to attack. It also shortens the TLS handshake, making a TLS 1.3 handshake both faster and more secure.

The basic steps of a TLS 1.3 handshake are:

TLS 1.3 also supports an even faster version of the TLS handshake that does not require any round trips, or back-and-forth communication between client and server, at all. If the client and the server have connected to each other before (as in, if the user has visited the website before), they can each derive another shared secret from the first session, called the "resumption main secret." The server also sends the client something called a session ticket during this first session. The client can use this shared secret to send encrypted data to the server on its first message of the next session, along with that session ticket. And TLS resumes between client and server.

A cipher suite is a set of algorithms for use in establishing a secure communications connection. There are a number of cipher suites in wide use, and an essential part of the TLS handshake is agreeing upon which cipher suite will be used for that handshake.