Truth is a commodity. There are always people wanting to raise or lower the value of that commodity, or get rid of it altogether.

Electionland was a project to track and cover voting problems during the 2016 US election across the country and in real-time. The need to cover the vote was particularly urgent for this election cycle, as states had passed laws that could affect citizens’ access to the ballot box, and one of the presidential candidates had cast doubt on the validity of the voting system. Electionland has since been described as the largest, single-day collaborative journalistic effort ever made. Over 800 journalists participated in fact checking news gathered from social discovery services and media aggregations.

To complete its bold endeavour Electionland leveraged a journalism service called Check. “Check is the platform we built for media verification,” explained Ed Bice, founder of Meedan, the organization behind Check. “It’s collaborative fact checking tool that allows journalists to check websites, claims, etc. to create a log of fact checking work on that. All the annotation, verification, and mark up of reports for Electionland happened on Check.”

The Challenge of Truth

“Truth is a commodity,” Bice stated. “There are always people wanting to raise or lower the value of that commodity, or get rid of it altogether. There are people with political interest who want content removed. Before we joined Project Galileo, we were getting regular DDoS attacks from a pro-Syrian regime actor, potentially the Syrian regime itself, as the result of one of our partners on Check, a Syrian media collective, publishing investigative journalism critical of the Syrian regime's crimes against its citizens.”

“So for Electionland, we were obviously concerned going into the day of the election,” Bice continued. “If we uncovered vote rigging or evidence thereof we worried we would instantly become a target for an online attack. Going in with Cloudflare’s support gave us an ally that we could count on. Thankfully, we weren’t attacked, but had we been, I would’ve been more confident thanks to Project Galileo.”

With Project Galileo’s enterprise grade protection Electionland succeeded, and Check continues to provide fact-checked news. “The outlook was bleak before Project Galileo,” Bice noted. “In general, it’s obvious that there is a method for censoring content that malicious actors don’t want on the web (DDoSing). Project Galileo is protection against that. For internet idealists, who want the Internet to be an open exchange of ideas, Project Galileo can challenge opposition to that idealism.” 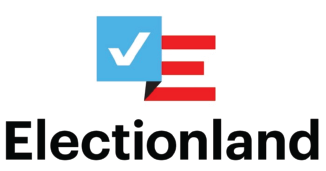 “In general, it’s obvious that there is a method for censoring content that malicious actors don’t want on the web (DDoSing). Project Galileo is protection against that.”