Brute force attacks crack data by trying every possible combination, like a thief breaking into a safe by trying all the numbers on the lock.

What are the strengths and weaknesses of brute force attacks?

The biggest advantages of brute force attacks is that they are relatively simple to perform and, given enough time and the lack of a mitigation strategy for the target, they always work. Every password-based system and encryption key out there can be cracked using a brute force attack. In fact, the amount of time it takes to brute force into a system is a useful metric for gauging that system’s level of security. 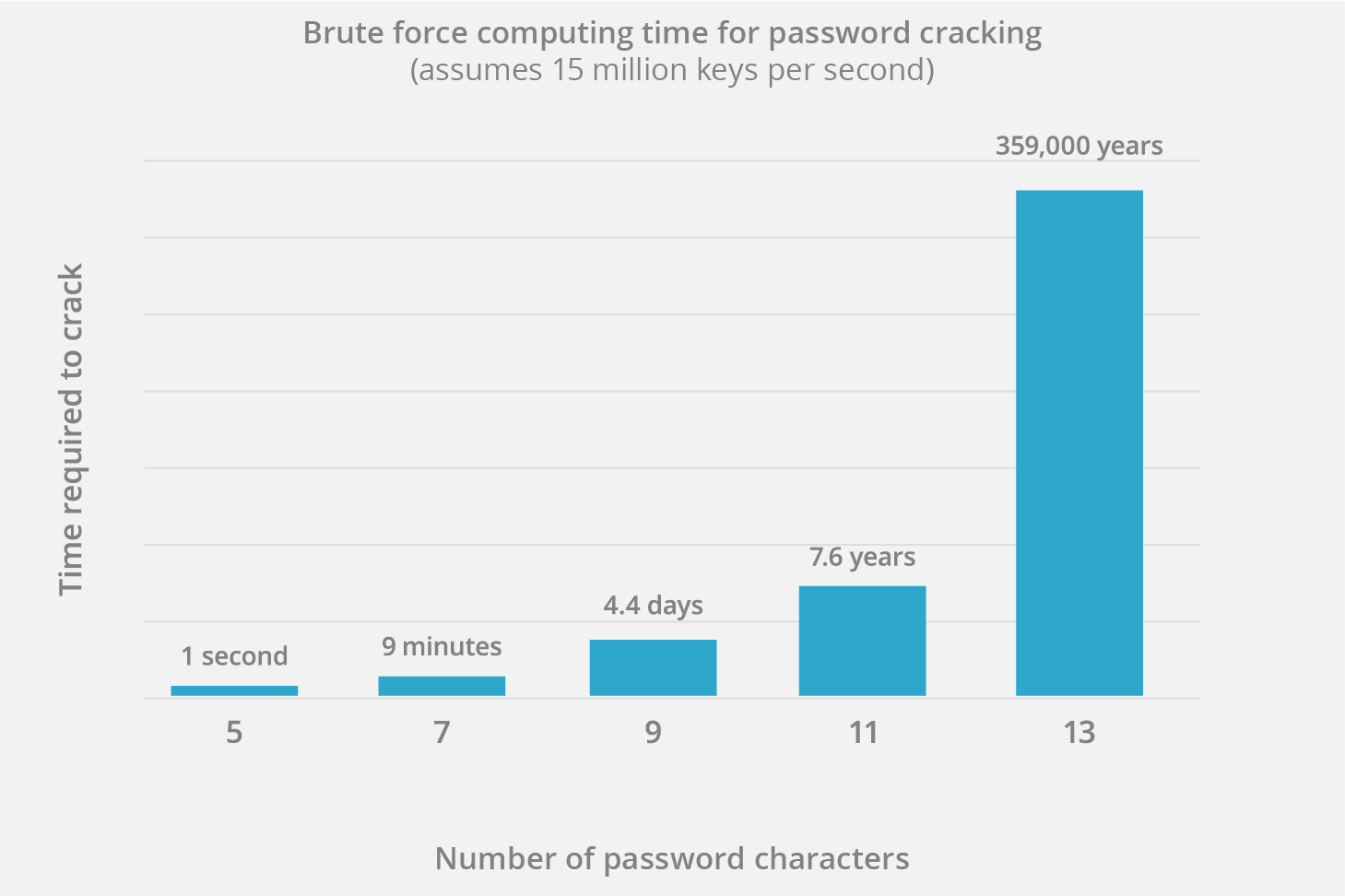 If the target string is sufficiently long, then it could take a brute force attacker days, months, or even years to decode a properly randomized password. As a result of the current trend of requiring longer passwords and encryption keys, brute force attacks are quite a bit more difficult. When good passwords and encryption are utilized, attackers typically try other methods of code breaking such as social engineering or on-path attacks.

How to protect against brute force attacks

Developers who manage authorization systems can take measures such as locking out IP addresses that have generated too many failed logins, and incorporating a delay in their password-checking software. A delay of even a few seconds can greatly weaken the effectiveness of a brute force attack.

Users of web services can decrease their vulnerability to brute force attacks by choosing longer, more complex passwords. It is also recommended to enable two-factor authentication and use unique passwords for each service. If an attacker is able to brute force a user’s password for one service, that attacker may try recycling the same login and password on many other popular services. This is known as credential stuffing.

Users should also avoid entering passwords or personal information such as credit card numbers or banking information with any web service that doesn’t protect their data with strong encryption keys.

What is an encryption key?

Encryption keys are random strings of bits generated to scramble and unscramble data. Once the data has been scrambled, it appears as a string of random, jumbled characters until being unscrambled with the correct encryption key. Just like passwords, encryption keys can be cracked using brute force attacks, but today there are encryption keys in use that would take so long to crack using modern computers that they are considered as good as unbreakable.

To give you a sense of what these numbers mean, a powerful computer that could check trillions of combinations per second would still require well over a sexdecillion years to crack a 256-bit encryption key (a sexdecillion is a one followed by 96 zeroes).