Women’s March Global is an international organization — founded on January 21st, 2017 — that seeks to unite grassroots movements worldwide, and provide them with tools to organize and empower women advancing women’s rights in their local communities.

Rather than setting rules and regulations for global chapters, Women’s March Global supports these organizations and helps to amplify their work. On their platform, interested parties can join as members of any chapter, or be affiliated with several. Leaders from each chapter use the platform to manage participants host events and share their work with the rest of the community.

Many activists affiliated with the organization work in places where they must be covert about their campaigns. One such example is the Free Saudi Activists campaign, one of the longest running campaigns through Women’s March Global. The central organization was able to elevate this campaign in a way that wasn’t possible for activists on the ground, enabling an international outcry in solidarity of the Saudi activists’ work. As a result of the campaign, they solicited a huge petition that led to the freeing of the detained activists and have continued to advocate at the United Nations for the release of imprisoned Saudi Activists.

Michelle Emson, the Digital Director for Women’s March Global, met Cloudflare’s co-founder and CEO Matthew Prince at RightsCon Toronto in 2018. This chance meeting made her aware of Project Galileo and how it could address Women’s March Global’s unique needs. The organization’s platform enables Women’s March Global chapters to organize and build capacity — and naturally requires robust security and privacy features. When they met with Matthew, Michelle and the Women’s March Global team were still developing the platform, allowing them to use Cloudflare from the beginning.

Due to the international scale of Women’s March Global, they needed a way to reach remote clients all over the world. Backed by 180 data centers, Cloudflare’s network enables them to provide a performant, reliable experience worldwide — despite the site originally being served from the United States. Many chapters and readers are based in Indonesia, Sub-Saharan Africa, and other areas where network speeds and network connectivity aren’t always reliable, so enhancements such as minification are valuable as well.

Cloudflare also provides an abstracted layer of security, which “allows me to sleep at night,” says Michelle. The traffic profiles for their web properties are very dynamic, with spikes around major events, like the anniversary march, that draw considerable media attention. This makes it hard to predict traffic and scale platform capacity on the back end. Having Cloudflare sitting in front of their applications allows them to ride those waves comfortably.

Women’s March Global also uses Cloudflare Access to secure their staging and development server instances using Google SSO. It’s been useful for them to have an identity management system that’s already baked into their security solution. Meanwhile, they’ve leveraged the Privy app on the Cloudflare Apps platform to create dynamic banners for donation campaigns without having to change code on the back-end. Those features make it easy to initiate new campaigns without redesigning their website.

Women’s March Global operates on a shoestring budget, and strives to keep that budget available for new efforts. Using Cloudflare helps them to enormously to reduce their costs, enabling them to devote those funds to making their platform even better for users. 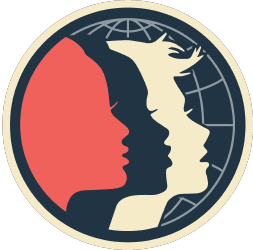 “Women would be active in their communities regardless, what we do is we un-silo these efforts happening all over the globe, and create a kind of virality out of these small moments of change happening everywhere. It creates a cloud, instead of being spread out and continuing to be spread out. That’s why Women’s March Global exists and should continue to exist.”