What is a reverse proxy? | Proxy servers explained

A reverse proxy protects web servers from attacks and can provide performance and reliability benefits. Learn more about forward and reverse proxies.

What is a reverse proxy?

A reverse proxy is a server that sits in front of web servers and forwards client (e.g. web browser) requests to those web servers. Reverse proxies are typically implemented to help increase security, performance, and reliability. In order to better understand how a reverse proxy works and the benefits it can provide, let’s first define what a proxy server is.

What is a proxy server?

A forward proxy, often called a proxy, proxy server, or web proxy, is a server that sits in front of a group of client machines. When those computers make requests to sites and services on the Internet, the proxy server intercepts those requests and then communicates with web servers on behalf of those clients, like a middleman.

In a standard Internet communication, computer A would reach out directly to computer C, with the client sending requests to the origin server and the origin server responding to the client. When a forward proxy is in place, A will instead send requests to B, which will then forward the request to C. C will then send a response to B, which will forward the response back to A.

Why would anyone add this extra middleman to their Internet activity? There are a few reasons one might want to use a forward proxy:

How is a reverse proxy different?

The difference between a forward and reverse proxy is subtle but important. A simplified way to sum it up would be to say that a forward proxy sits in front of a client and ensures that no origin server ever communicates directly with that specific client. On the other hand, a reverse proxy sits in front of an origin server and ensures that no client ever communicates directly with that origin server.

Once again, let’s illustrate by naming the computers involved: 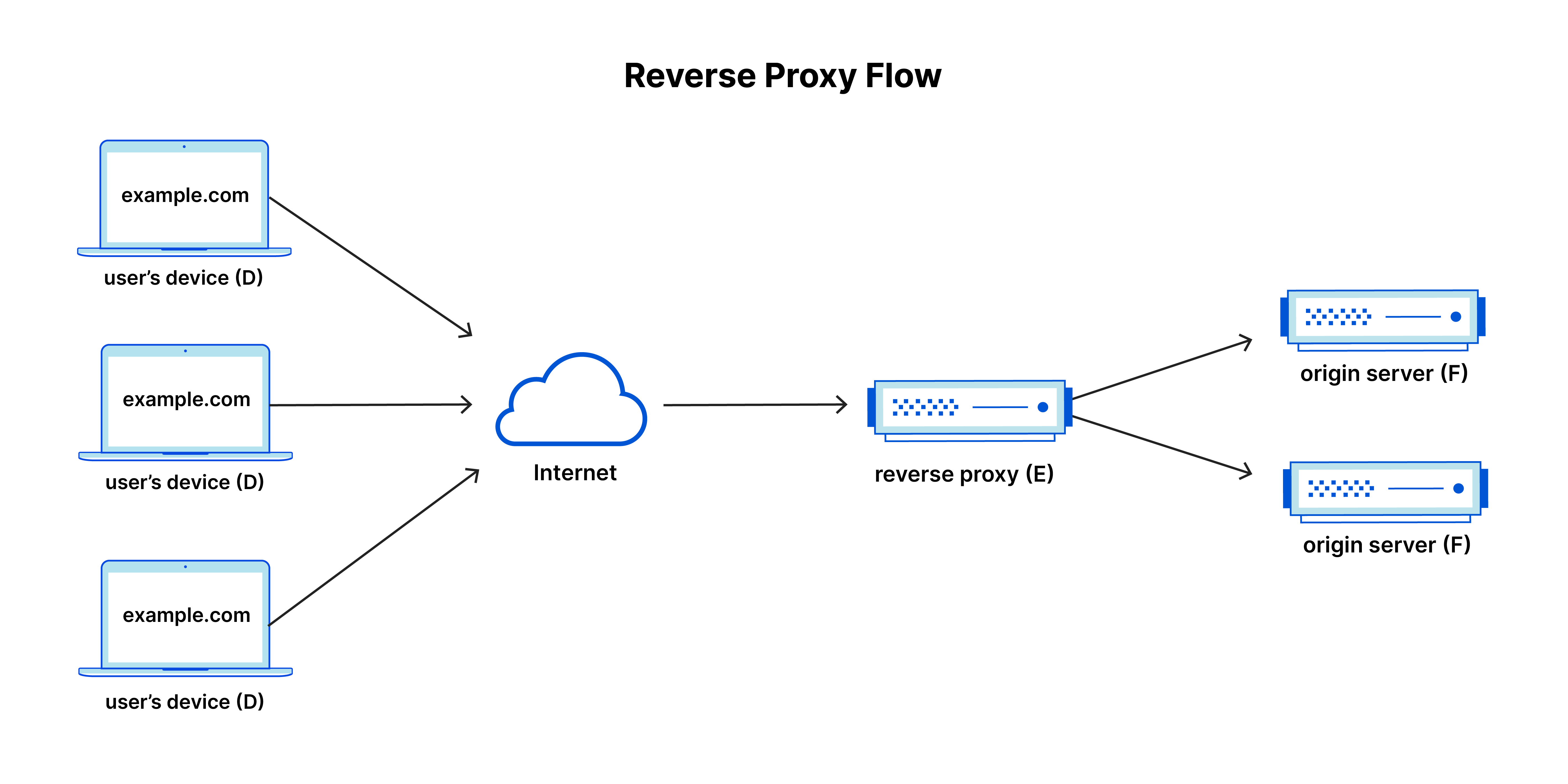 Below we outline some of the benefits of a reverse proxy:

How to implement a reverse proxy

Some companies build their own reverse proxies, but this requires intensive software and hardware engineering resources, as well as a significant investment in physical hardware. One of the easiest and most cost-effective ways to reap all the benefits of a reverse proxy is by signing up for a CDN service. For example, the Cloudflare CDN provides all the performance and security features listed above, as well as many others.