Cloudflare is a privacy-first company. As such, the Act on the Protection of Personal Information (“APPI”) represents many steps we were already taking. We do not sell personal data we process, or use it for any purpose other than delivering our services. In addition, we let people access, correct, and delete their personal information, and give our customers control over the information passing through our network. 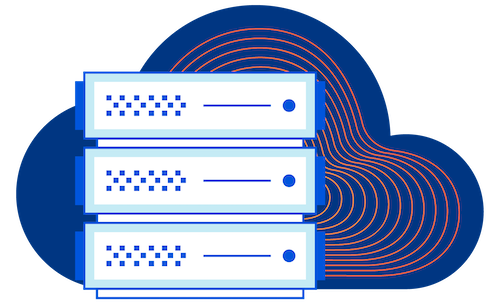 What personal data does Cloudflare process for its customers and where?

Cloudflare is a security, performance, and reliability company headquartered in the United States (U.S.) with global operations, including an office in Japan, that delivers a broad range of network services to businesses of all sizes and in all geographies. We help make our customers’ websites and Internet applications more secure, enhance the performance of their business-critical applications, and eliminate the cost and complexity of managing individual network hardware. Cloudflare's Global Network – which is powered by more than 270 Edge servers around the world, as described here – serves as the foundation on which we can rapidly develop and deploy our products for our customers.

Cloudflare does not have access to or have any control of the data its customers choose to transmit, route, switch, and cache through our Global Network. In a limited number of cases, Cloudflare products can be used for storage of content. Regardless of what Cloudflare services they use, however, our customers are fully responsible for their own compliance with applicable law and their independent contractual arrangements in connection with the data they choose to transmit, route, switch, cache, or store through the Cloudflare Global Network.

The types of personal data Cloudflare processes on behalf of a customer depend on which Cloudflare services are implemented. The vast majority of data that transits Cloudflare’s network stays on Cloudflare’s Edge servers, while metadata about this activity is processed on behalf of our customers in our main data centers in the United States and Europe

Cloudflare maintains log data about events on our network. Some of this log data will include information about visitors to and/or authorized users of a customer’s domains, networks, websites, application programming interfaces (“APIs”), or applications, including the Cloudflare product Cloudflare Zero Trust as may be applicable. This metadata contains extremely limited personal data, most often in the form of IP addresses. We process this type of information on behalf of our customers in our main data centers in the U.S. and Europe for a limited period of time.

Cloudflare views security as a critical element of ensuring data privacy. Since Cloudflare launched in 2010, we’ve released a number of state-of-the-art, privacy-enhancing technologies, typically ahead of the rest of the industry. Among other things, these tools allow our customers to easily encrypt the content of communications through universal SSL, encrypt the metadata in communications using DNS-over-HTTPS or DNS-over-TLS and encrypted SNI, and control where their SSL keys are held or where their traffic is inspected.

All Cloudflare employees are subject to privacy and information security onboarding training and afterwards to annual retraining.

We currently maintain the following validations: ISO 27001, ISO 27701, SOC 2 Type II, and PCI DSS Level 1 compliance. We also maintain a SOC 3 report. You can learn more about our certifications here.

To view the security measures Cloudflare offers for the protection of personal data, including personal data transferred from Japan to the U.S., please see Annex 2 of our standard DPA.

How does Cloudflare address the requirements of the Act on the Protection of Personal Information of Japan (“APPI”) regarding personal data transfers to the U.S.?

Cloudflare’s Data Processing Addendum (DPA) – which covers our obligations for processing personal data on behalf of our customers and is incorporated by reference into our Enterprise Service Agreement and our Self-Serve Subscription Agreement – is considered as a standard equivalent to legitimize cross-border transfers pursuant to article 24 of the APPI. Additionally:

What privacy legislation applies to the personal data transferred to the U.S.?

The United States does not have a comprehensive privacy law at the national level. Rather, the U.S. takes a sector-specific approach to privacy and data protection. For example, the U.S. has laws at the Federal level governing the privacy of personal health information (The Health Insurance Portability and Accountability Act or “HIPAA”), information processed by financial institutions (The Gramm-Leach-Bliley Act or “GLBA”), and educational institutions (The Family Educational Rights and Privacy Act or “FERPA”). In addition, the U.S. Federal Trade Commission (“FTC”) has enforcement powers to investigate and take enforcement action to protect consumers against unfair and deceptive trade practices. This FTC power has been used to take action against companies for failing to implement reasonable data security measures and making materially inaccurate or misleading privacy and security statements, including in privacy policies.

How does Cloudflare respond to law enforcement requests regarding non-U.S. persons located outside of the United States?

Cloudflare publishes a Transparency Report detailing the data disclosure requests we receive and explaining how we respond. As a general matter, if we receive a request from any law enforcement or government agency for our customers’ data, we commit in our DPA that unless legally prohibited, we will notify our customers of such a request. Customers notified of a pending legal request for their personal data can seek to intervene to prevent the disclosure of personal data. In the event we identify that such a request presents a conflict of law – such as where the subject of the request is a resident of a non-U.S. jurisdiction – we have committed in our DPA to push back against such requests and pursue legal remedies.

What U.S. legislation governs law enforcement requests regarding non-U.S. persons located outside of the United States?

As noted in our Transparency Report, Cloudflare does not have access to this type of traditional customer content for Cloudflare’s core services. In addition, Cloudflare has had a public commitment for many years that we have never provided any government a feed of our customers' content transiting our network and that we would exhaust all legal remedies if we were asked to do so in order to protect our customers from what we believe are illegal or unconstitutional requests.

Cloudflare has a longstanding commitment to require legal process before providing any government entity with access to any customer data outside of an emergency. We therefore would not comply with voluntary requests for data under Executive Order 12333. In addition, Cloudflare has been a leader in encouraging additional security for data in transit, for both content and metadata, to prevent personal data from any type of prying eyes. In 2014, for example, we launched Universal SSL, making encryption — something that had been expensive and difficult — free for all Cloudflare customers. The week we launched it, we doubled the size of the encrypted web. Because of an increasing number of laws attempting to target encryption, we have even committed that we have never weakened, compromised, or subverted any of our encryption at the request of a government or other third party.

CLOUD Act. The Clarifying Lawful Overseas Use of Data (CLOUD) Act does not expand U.S. investigative authority. Tough requirements for law enforcement to obtain a valid warrant remain unchanged. The CLOUD Act also applies to access to content, which we generally do not store, as described above. It is important to note that law enforcement would typically seek to obtain data from the entity which has effective control of the data (i.e., our customers) rather than cloud providers.

The CLOUD Act provides mechanisms for a provider to petition a court to quash or modify a legal request that poses such a conflict of law. That process also allows a provider to disclose the existence of the request to a foreign government whose citizen is affected, if that government has signed a CLOUD Act agreement with the United States. Cloudflare has committed to legally challenge any orders that pose such a conflict of law. To date, we have received no orders that we have identified as posing such a conflict.

Finally, bear in mind that our DPA commits that unless legally prohibited, we will notify customers if we are able to identify that third-party legal process requesting personal data we process on behalf of that customer raises a conflict of law. Customers notified of a pending legal request for their personal data can seek to intervene to prevent the disclosure of personal data.

Because we believe earning and maintaining customer trust is essential, Cloudflare has had data protection safeguards in place since well before the APPI amendments of 2022. When we issued our very first transparency report in 2014 for legal process received in 2013, we pledged that we would require legal process before providing any government entity with any customer data outside of an emergency and that we would provide our customers with notice of any legal process requesting their customer or billing information before disclosure of that information unless legally prohibited. We publicly stated that we have never turned over encryption keys to any government, provided any government a feed of content transiting our network, or deployed law enforcement equipment on our network. We also committed that if we were asked to do any of those things, we would “exhaust all legal remedies in order to protect our customers from what we believe are illegal or unconstitutional requests.” Since those days early in Cloudflare’s history, we have restated those commitments twice a year, and even expanded on them, in our Transparency Reports.

We have also demonstrated our belief in transparency and our commitment to protecting our customers by filing litigation when necessary. In 2013, with the help of the Electronic Frontier Foundation, we legally challenged an administratively issued U.S. national security letter (NSL) to protect our customer’s rights because of provisions that allowed the government to restrict us from disclosing information about the NSL to the affected customer. Cloudflare provided no customer information in response to that request, but the non-disclosure provisions remained in effect until a court lifted the restrictions in 2016.

We have frequently stated our position that any government requests for personal data that conflict with the privacy laws of a person’s country of residence should be legally challenged. (See, for example, our Transparency Report and our white paper, Cloudflare’s policies around data privacy and law enforcement requests, on government requests for data.) Consistent with existing U.S. case law and statutory frameworks, Cloudflare may ask U.S. courts to quash a request from U.S. authorities for personal data based on such a conflict of law.

Resources on the APPI

Cloudflare maintains a broad set of legal and contractual protections that comply with Japan’s Act on the Protection of Personal Information (“APPI”). This paper explains those protections.

This paper outlines policies and procedures that guide how we manage customer and end-user data on our systems — and how we address government and other legal requests for data.

Cloudflare’s network can encrypt data throughout its journey from origin servers to end-users, using the very latest protocols.

Cloudflare’s Web Analytics does not use any client-side state, such as cookies or localStorage, to collect usage metrics — and never ‘fingerprints’ individual users.

In many regions — including Japan — Cloudflare lets organizations control which regional data centers their traffic is inspected in and where logs are sent.

Cloudflare complies with many industry-standard security certifications, including several focusing on privacy and personal data protection.

Protect and accelerate your websites, apps, and teams.