What Is A DDoS Attack? 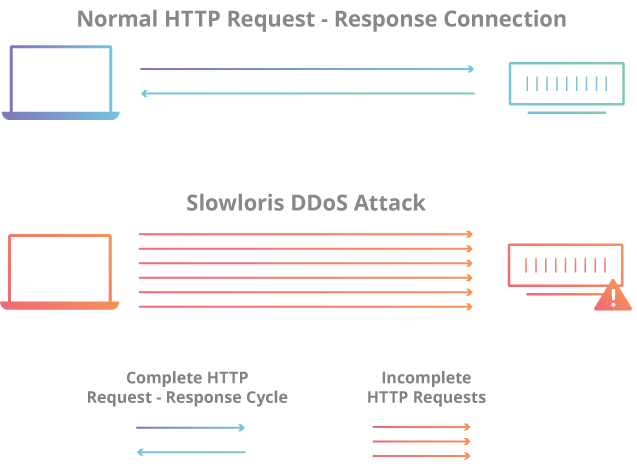 Slowloris is not a category of attack but is instead a specific attack tool designed to allow a single machine to take down a server without using a lot of bandwidth. Unlike bandwidth-consuming reflection-based DDoS attacks such as NTP amplification, this type of attack uses a low amount of bandwidth, and instead aims to use up server resources with requests that seem slower than normal but otherwise mimic regular traffic. It falls in the category of attacks known as “low and slow” attacks. The targeted server will only has so many threads available to handle concurrent connections. Each server thread will attempt to stay alive while waiting for the slow request to complete, which never occurs. When the server’s maximum possible connections has been exceeded, each additional connection will not be answered and denial-of-service will occur.

For Web servers that are vulnerable to Slowloris, there are ways to mitigate some of the impact. Mitigation options for vulnerable servers can be broken down into 3 general categories:

Previous Lesson: R U Dead Yet?