Caches store copies of files in order to deliver them more quickly where they are needed. 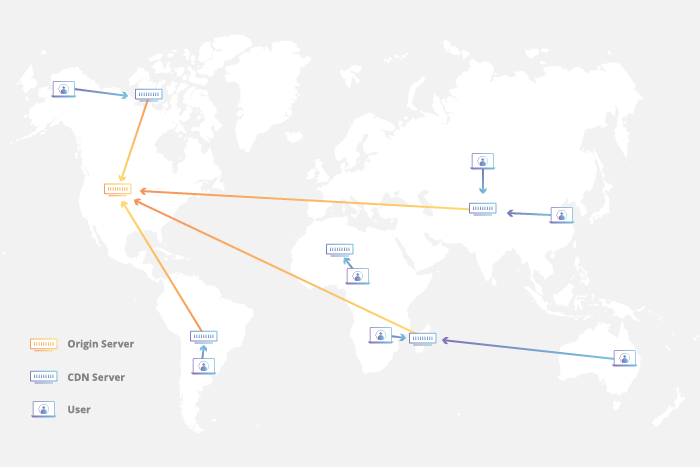 CDN caching servers are located in data centers all over the globe. Cloudflare has CDN servers in 275 cities spread out throughout the world in order to be as close to end users accessing the content as possible. A location where CDN servers are present is also called a data center.

Cloudflare offers a CDN with 275 PoPs distributed internationally. Cloudflare offers free CDN caching services, while paid CDN customers are able to customize how their content is cached. The network is Anycast, meaning the same content can be delivered from any of these data centers. A user in London and a user in Sydney can both view the same content loaded from CDN servers only a few miles away.