A virtual private network (VPN) is an Internet security service that allows users to access the Internet as though they were connected to a private network. This encrypts Internet communications as well as providing a strong degree of anonymity. Some of the most common reasons people use VPNs are to protect against snooping on public WiFi, to circumvent Internet censorship, or to connect to a business’s internal network for the purpose of remote work.

How does a VPN work?

Ordinarily, most Internet traffic is unencrypted and very public. When a user creates an Internet connection, such as visiting a website in a browser, the user’s device will connect to their Internet Service Provider (ISP), and then the ISP will connect to the Internet to find the appropriate web server to communicate with to fetch the request website.

Information about the user is exposed in every step of the website request. Since the user’s IP address is exposed throughout the process, the ISP and any other intermediary can keep logs of the user’s browsing habits. Additionally, the data flowing between the user’s device and the web server is unencrypted; this creates opportunities for malicious actors to spy on the data or perpetrate attacks on the user, such as a on-path attack.

Conversely, a user connecting to the Internet using a VPN service has a higher level of security and privacy. A VPN connection involves the following 4 steps:

The VPN tunnel between the VPN client and VPN server passes through the ISP, but since all the data is encrypted, the ISP cannot see the user’s activity. The VPN server’s communications with the Internet are unencrypted, but the web servers will only log the IP address of the VPN server, which gives them no information about the user.

*The VPN client is the VPN software installed on the user’s device.

Is a VPN only for people with something to hide?

As with other Internet privacy services, VPNs are sometimes categorized as tools for illegal or subversive activity. The truth is that there are a number of valid and legitimate reasons to use a VPN. Here are a few of the most common:

What are the downsides of a VPN?

A VPN service doesn’t guarantee an increased level of security; users can only feel secure with a VPN if they trust the VPN provider. A dishonest VPN provider could sell their users’ information or leave them open to attacks. It’s also worth noting that most VPN services come at a recurring monthly cost. Some VPN users may also experience issues with performance.

How does a VPN affect performance?

Some users will experience performance degradation from a VPN, and this depends largely on which VPN service they are using. Not all VPNs are created equal, and if a VPN service does not have the server capacity to handle the load created by their users, those users will experience a slowdown in their Internet connection. Additionally, if a VPN is located a great distance from both the user and the web server they are trying to access, the resulting travel time can create latency. For example, if a user in San Francisco is accessing a web site whose servers are also in San Francisco, but that user’s VPN service is located in Tokyo, the user’s request will have to travel halfway around the world and back before connecting to a server just a few miles away. This is sometimes called the trombone effect. 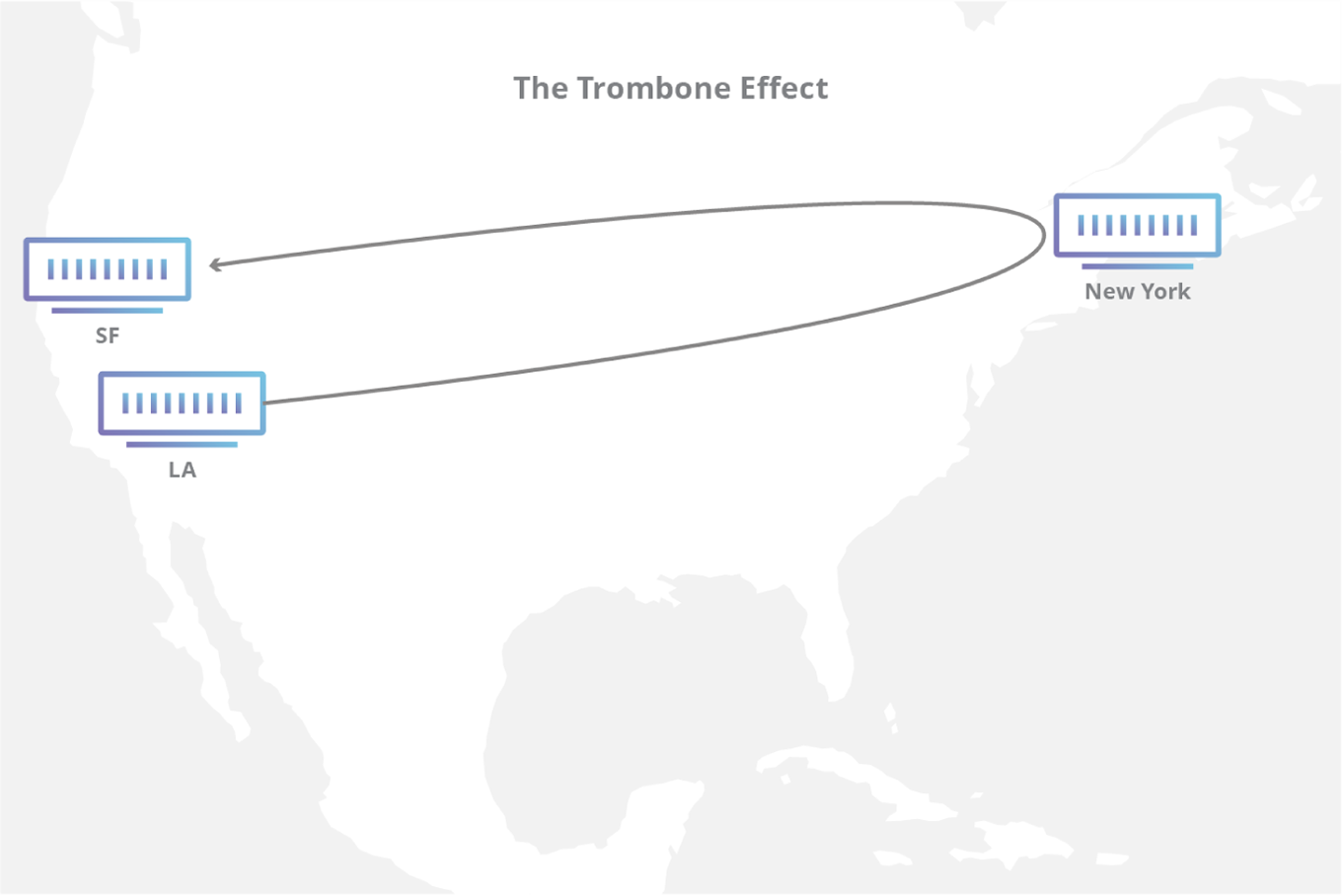