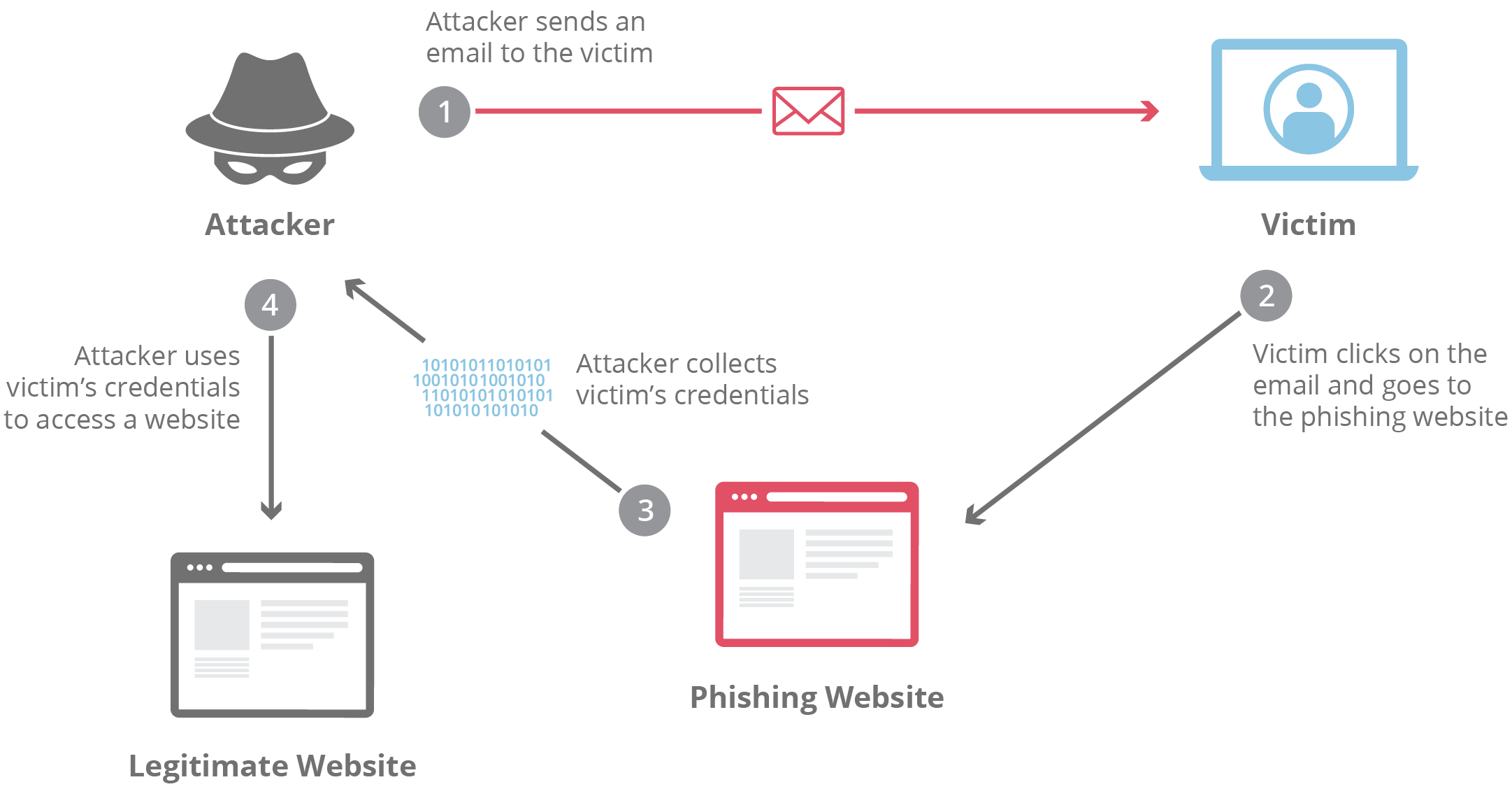 The most common examples of phishing are used to support other malicious actions, such as on-path attack and cross-site scripting attacks. These attacks typically occur via email or instant message, and can be broken down into a few general categories. It’s useful to become familiar with a few of these different vectors of phishing attacks in order to spot them in the wild.

This common email phishing attack is popularized by the “Nigerian prince” email, where an alleged Nigerian prince in a desperate situation offers to give the victim a large sum of money for a small fee upfront. Unsurprisingly, when the fee is paid, no large sum of money ever arrives. The interesting history is that this type of scam has been occurring for over a hundred years in different forms; it was originally known in the late 1800s as the Spanish Prisoner scam, in which a con artist contacted a victim to prey on their greed and sympathy. The con artist is allegedly trying to smuggle out a wealthy Spanish prisoner, who will reward the victim handsomely in exchange for the money to bribe some prison guards.

This attack (in all its forms) is mitigated by not responding to requests from unknown parties in which money has to be given to receive something in return. If it sounds too good to be true, it probably is. A simple Google search on the theme of the request or some of the text itself will often bring up the details of the scam.

How does Cloudflare help organizations defend against phishing attacks?

Phishing can occur over a variety of attack vectors, but one of the biggest is email. Many email providers automatically try to block phishing emails, but sometimes they still get through to users.