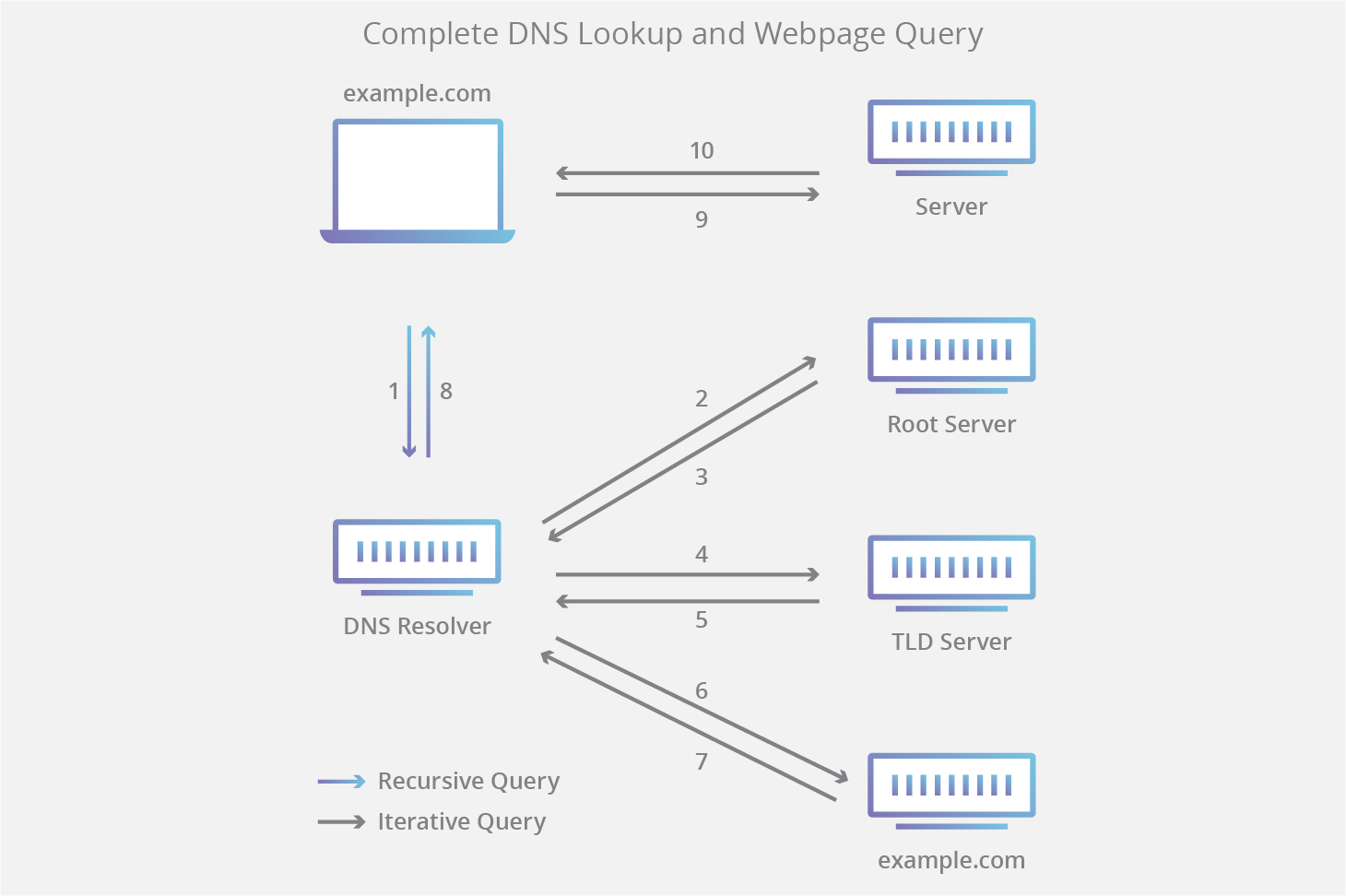 First the resolver queries the root nameserver. The root server is the first step in translating (resolving) human-readable domain names into IP addresses. The root server then responds to the resolver with the address of a top-level domain (TLD) DNS server (such as .com or .net) that stores the information for its domains.

What is DNS caching?