DNS is often referred to as the phonebook of the internet, when a user types a web address into their browser, DNS is what connects that user with the web site they are seeking. DNS stands for Domain Name System, and the DNS maintains a directory of every website on the Internet.

A computer can only find a website using it’s IP address, which is a long, punctuated string of numbers, such as 192.168.1.1 in the older IPv4 format, or 2400:cb00:2048:1::c629:d7a2 in the new IPv6 . These addresses can be hard for humans to remember, and on top of that, the IP addresses for some websites are dynamic and can change periodically. DNS makes it easier for people to access websites by letting them use human-friendly web addresses, also known as URLs.

How does a DNS request work? 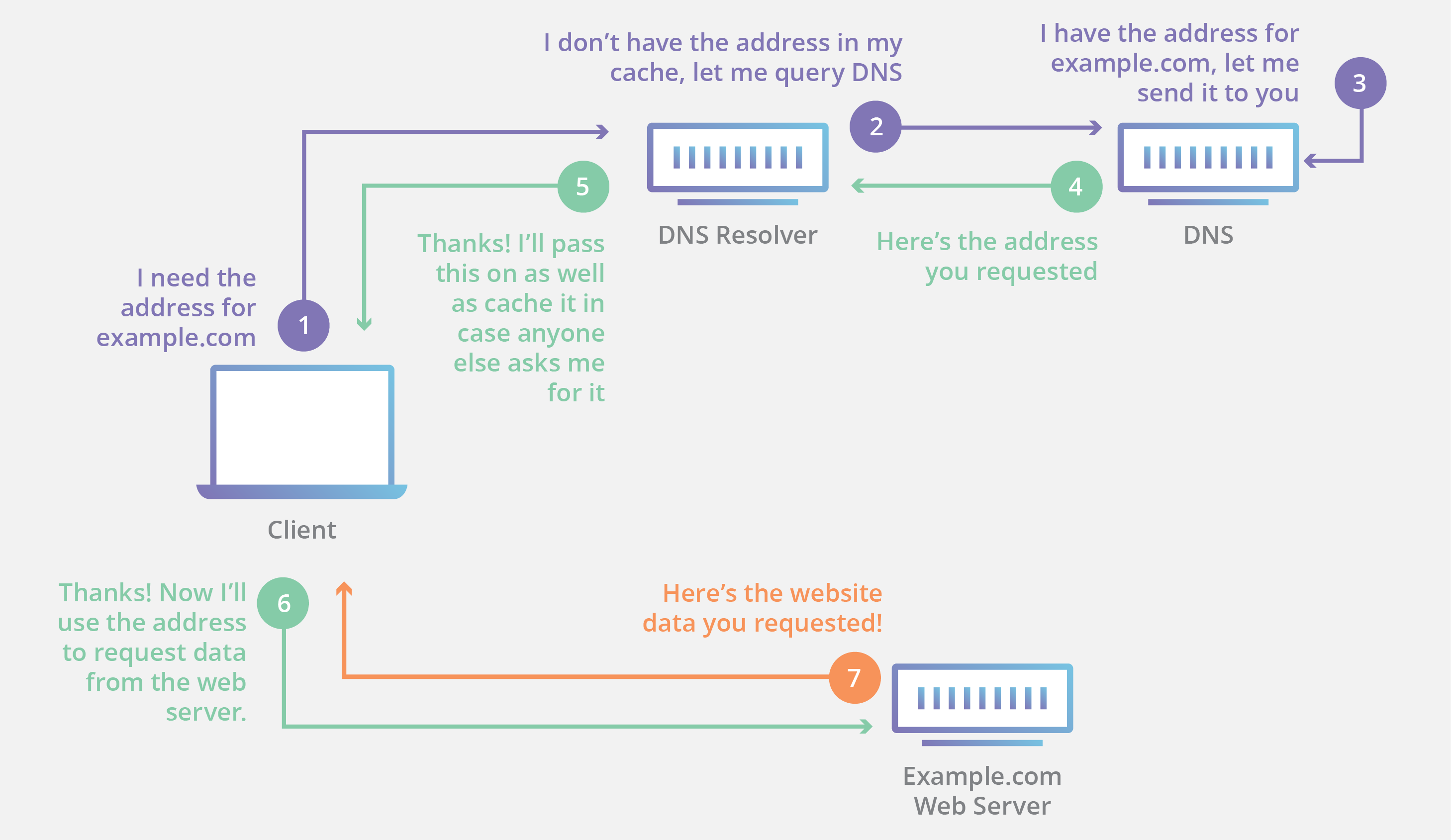 DNS servers are set up in a distributed hierarchy, meaning the data is spread out over several computers. When a client makes a DNS request, the request is handled by a recursive resolver, which is a DNS server that starts a series of communications with other DNS servers until it finds the requested IP address, returning it to the client. Recursive resolvers can also cache DNS records, making frequently accessed records more readily available.

What else does the Domain Name System do?

The DNS also defines the DNS Protocol, which is a detailed specification of communication exchanges and data structures used in the DNS. This falls under the Internet Protocol Suite (TCP/IP). Additionally, The DNS maintains a Blackhole list of IP addresses known for sending out spam email. Mail servers can be configured based on this list to flag or reject messages suspected to be spam.