What is round-trip time? | RTT definition

What is round-trip time?

Round-trip time (RTT) is the duration in milliseconds (ms) it takes for a network request to go from a starting point to a destination and back again to the starting point. RTT is an important metric in determining the health of a connection on a local network or the larger Internet, and is commonly utilized by network administrators to diagnose the speed and reliability of network connections.

Reducing RTT is a primary goal of a CDN. Improvements in latency can be measured in the reduction of round-trip time and by eliminating instances where roundtrips are required, such as by modifying the standard TLS/SSL handshake.

The ping utility, available on virtually all computers, is a method of estimating round-trip time. Here's an example of several pings to Google with the round-trip time calculated at the bottom. Notice that one of the ping times - 17.604ms - is higher than the rest.

How does round-trip time work?

Round-trip time represents the amount of time it takes data to go roundtrip to another location. Borrowing from the lesson on CDN latency benefits, let's say that a user in New York wants to contact a server in Singapore.

When the user in New York makes the request, the network traffic is transferred across many different routers in different physical locations before terminating at the server in Singapore. The server in Singapore then sends a response back across the Internet to the location in New York. Once the request terminates in New York, a rough estimate can be made of the amount of time it takes to go round trip between the two locations. 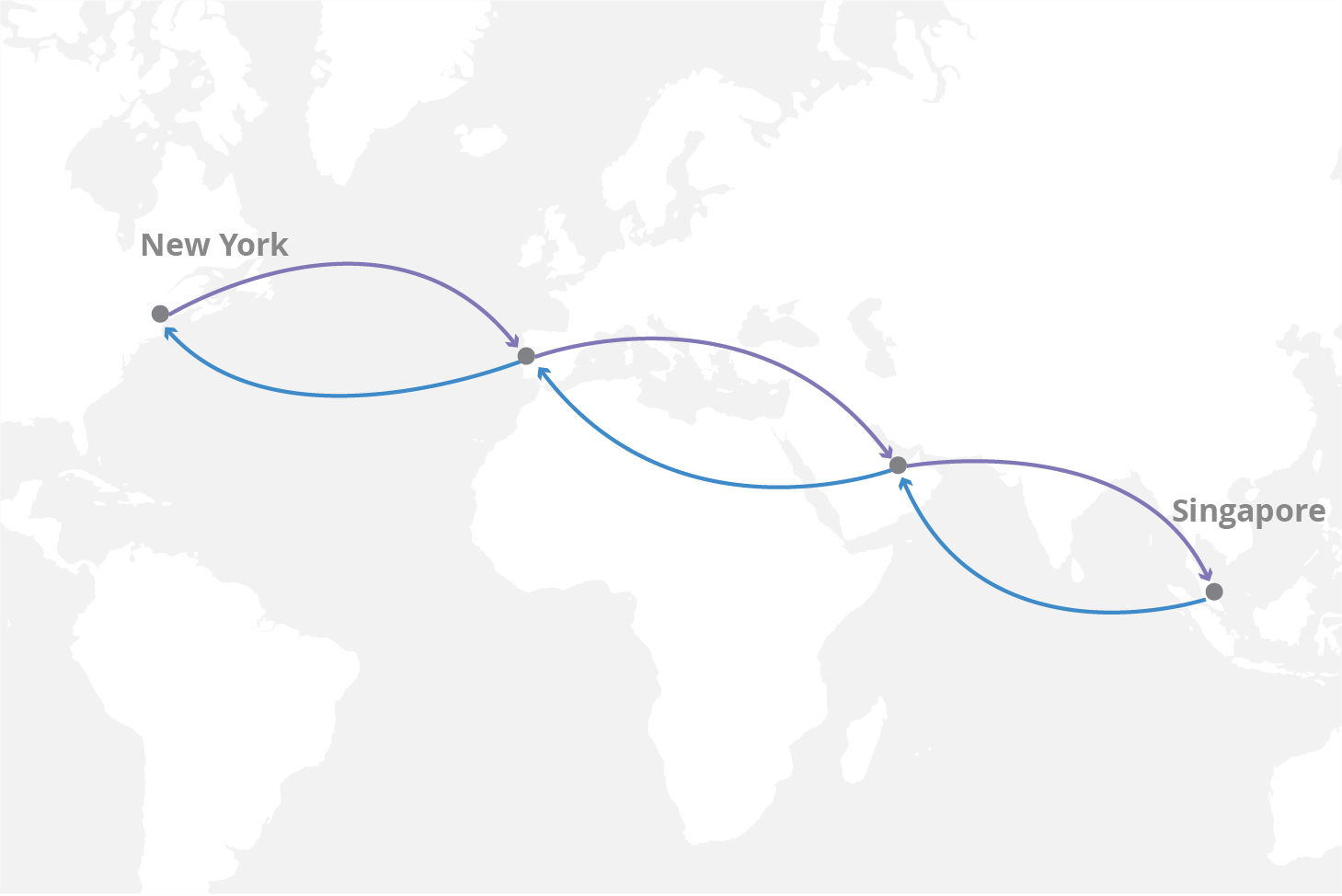 It's important to keep in mind that round-trip time is an estimate and not a guarantee; the pathway between the two locations can change over time and other factors such as network congestion can come into play, affecting the overall transit time. Regardless, RTT is an important metric in understanding if a connection can be made, and if so, roughly how long it will take to make the trip.

What are common factors that affect RTT?

Infrastructure components, network traffic, and physical distance along the path between a source and a destination are all potential factors that can affect RTT.

How can a CDN improve RTT?

By maintaining servers inside internet exchange points and by having preferred relationships with Internet service providers and other network carriers, a CDN is able to optimize network pathways between locations, resulting in reduced RTT and improved latency for visitors accessing content cached inside the CDN.