The Internet is a network of networks. It works by using a technique called packet switching, and by relying on standardized networking protocols that all computers can interpret.

What is a Network Switch?

What is the Internet? 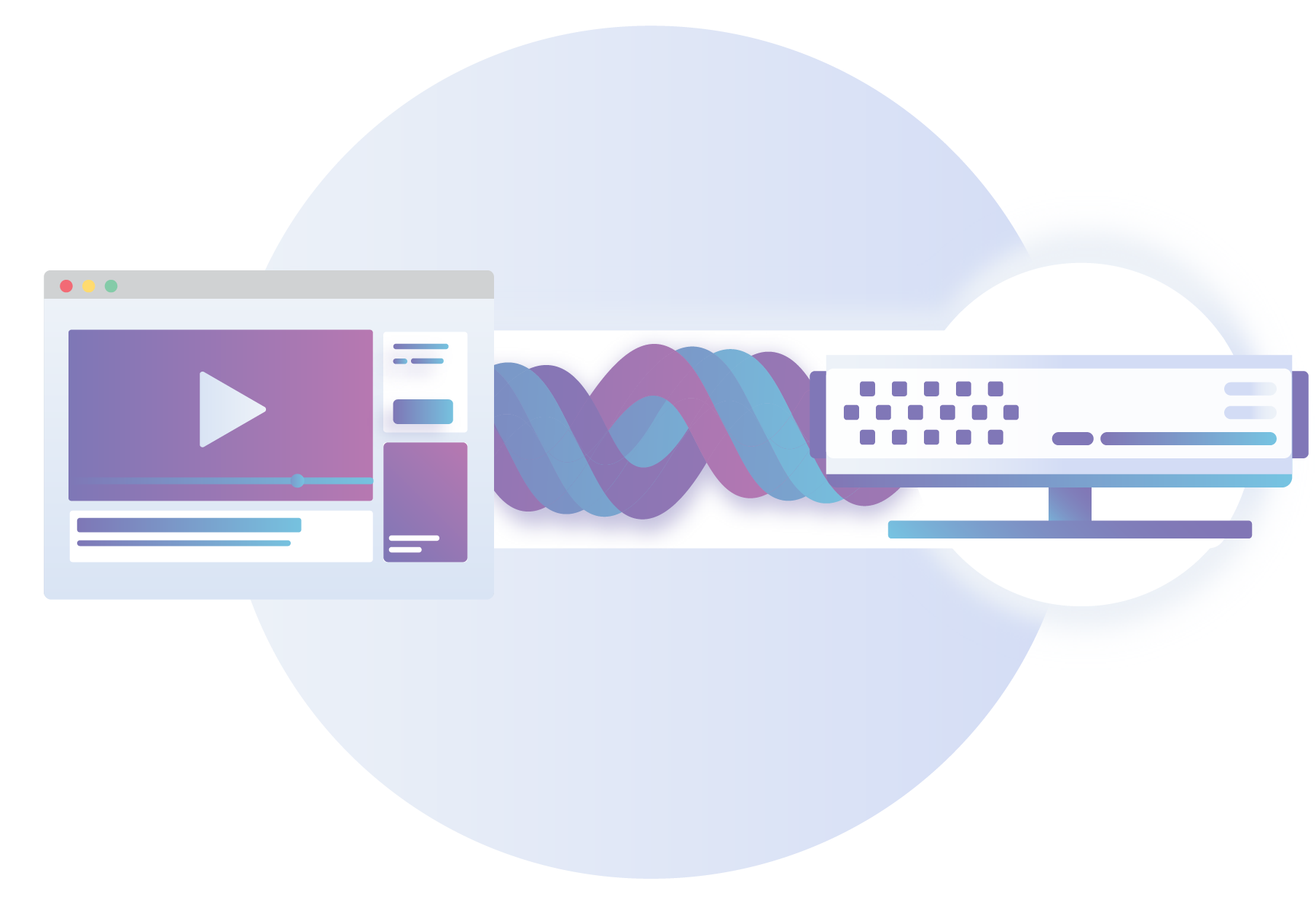 Before we cover what the Internet is, we must define what a "network" is. A network is a group of connected computers that are able to send data to each other. A computer network is much like a social circle, which is a group of people who all know each other, regularly exchange information, and coordinate activities together.

The Internet is a vast, sprawling collection of networks that connect to each other. In fact, the word "Internet" could be said to come from this concept: interconnected networks.

Since computers connect to each other within networks and these networks also all connect with each other, one computer can talk to another computer in a faraway network thanks to the Internet. This makes it possible to rapidly exchange information between computers across the world.

Computers connect to each other and to the Internet via wires, cables, radio waves, and other types of networking infrastructure. All data sent over the Internet is translated into pulses of light or electricity, also called "bits," and then interpreted by the receiving computer. The wires, cables, and radio waves conduct these bits at the speed of light. The more bits that can pass over these wires and cables at once, the faster the Internet works.

What is distributed networking, and why is this concept important for the Internet?

There is no control center for the Internet. Instead, it is a distributed networking system, meaning it is not dependent on any individual machine. Any computer or hardware that can send and receive data in the correct fashion (e.g. using the correct networking protocols) can be part of the Internet.

The Internet's distributed nature makes it resilient. Computers, servers, and other pieces of networking hardware connect and disconnect from the Internet all the time without impacting how the Internet functions — unlike a computer, which may not function at all if it is missing a component. This applies even at a large scale: if a server, an entire data center, or an entire region of data centers goes down, the rest of the Internet can still function (if more slowly).

There are two main concepts that are fundamental to the way the Internet functions: packets and protocols.

In networking, a packet is a small segment of a larger message. Each packet contains both data and information about that data. The information about the packet's contents is known as the "header," and it goes at the front of the packet so that the receiving machine knows what to do with the packet. To understand the purpose of a packet header, think of how some consumer products come with assembly instructions.

When data gets sent over the Internet, it is first broken up into smaller packets, which are then translated into bits. The packets get routed to their destination by various networking devices such as routers and switches. When the packets arrive at their destination, the receiving device reassembles the packets in order and can then use or display the data.

Compare this process to the way the United States' Statue of Liberty was constructed. The Statue of Liberty was first designed and built in France. However, it was too large to fit onto a ship, so it was shipped to the United States in pieces, along with instructions about where each piece belonged. Workers who received the pieces reassembled them into the statue that stands today in New York.

While this took a long time for the Statue of Liberty, sending digital information in smaller pieces is extremely fast over the Internet. For instance, a photo of the Statue of Liberty stored on a web server can travel across the world one packet at a time and load on someone's computer within milliseconds.

Packets are sent across the Internet using a technique called packet switching. Intermediary routers and switches are able to process packets independently from each other, without accounting for their source or destination. This is by design so that no single connection dominates the network. If data was sent between computers all at once with no packet switching, a connection between two computers could occupy multiple cables, routers, and switches for minutes at a time. Essentially, only two people would be able to use the Internet at a time — instead of an almost unlimited number of people, as is the case in reality.

Connecting two computers, both of which may use different hardware and run different software, is one of the main challenges that the creators of the Internet had to solve. It requires the use of communications techniques that are understandable by all connected computers, just as two people who grew up in different parts of the world may need to speak a common language to understand each other.

This problem is solved with standardized protocols. In networking, a protocol is a standardized way of doing certain actions and formatting data so that two or more devices are able to communicate with and understand each other.

There are protocols for sending packets between devices on the same network (Ethernet), for sending packets from network to network (IP), for ensuring those packets successfully arrive in order (TCP), and for formatting data for websites and applications (HTTP). In addition to these foundational protocols, there are also protocols for routing, testing, and encryption. And there are alternatives to the protocols listed above for different types of content — for instance, streaming video often uses UDP instead of TCP.

Because all Internet-connected computers and other devices can interpret and understand these protocols, the Internet works no matter who or what connects to it.

A lot of different kinds of hardware and infrastructure go into making the Internet work for everyone. Some of the most important types include the following:

How do these concepts relate to websites and applications users access over the Internet?

Consider this article. In order for you to see it, it was sent over the Internet piece by piece in the form of several thousand data packets. These packets traveled over cables and radio waves and through routers and switches from our web server to your computer or device. Your computer or smartphone received those packets and passed them to your device's browser, and your browser interpreted the data within the packets in order to display the text you are reading now.

The specific steps involved in this process are:

As you can see, several different processes and protocols are involved in loading a webpage. You can learn more about these technologies in other parts of the Cloudflare Learning Center:

What does 'helping build a better Internet' mean?

The creation of the Internet was an incredible achievement that involved the collective efforts of thousands of individuals and organizations. The fact that the Internet functions today at a far bigger scale than its founders anticipated is a testament to their work.

However, the Internet does not always work as well as it should. Networking issues and malicious activity can slow down Internet access or block it altogether. Third parties can spy on user activities, leading to abuse and, in some cases, government repression. Internet protocols and processes were not designed with security and privacy in mind, since the people who first designed and built the Internet were more concerned with getting it to work than making it perfect.

The Cloudflare mission is to help build a better Internet. Cloudflare aims to accomplish this in a number of ways, including:

To learn more about Cloudflare's ongoing efforts to contribute to a better Internet, visit our homepage or follow our blog.

To learn in more detail about how networking works, see What is the network layer?