A DNS flood is a type of distributed denial of service attack (DDoS) where an attacker floods a particular domain’s Domain Name System (DNS) servers in an attempt to disrupt DNS resolution for that domain. By disrupting DNS resolution, a DNS flood attack will compromise a website, API, or web application's ability respond to legitimate traffic. DNS flood attacks can be difficult to distinguish from normal heavy traffic because the large volume of traffic often comes from a multitude of unique locations, querying for real records on the domain, mimicking legitimate traffic.

How does a DNS flood attack work

DNS flood attacks constitute a relatively new type of DNS-based attack that has proliferated with the rise of high bandwidth Internet of Things (IoT) botnets like Mirai. DNS flood attacks use the high bandwidth connections of IP cameras, DVR boxes and other IoT devices to directly overwhelm the DNS servers of major providers. The volume of requests from IoT devices saturates the DNS provider’s connection and prevents legitimate users from accessing the provider's DNS servers. The function of the Domain Name System is to translate between easy to remember names (e.g. example.com) and hard to remember addresses of website servers (e.g. 192.168.0.1), so successfully attacking DNS infrastructure makes the internet unusable for most people.

DNS floods represent a change from traditional amplification based attack methods. With easily accessible high bandwidth botnets, attackers can now target large organizations. Until compromised IoT devices can be updated or replaced, the only way to withstand these types of attacks is to use a very large and highly distributed DNS system that can monitor, absorb, and block the attack traffic in realtime.

Cloudflare has an incredibly large network and infrastructure to stop really large attacks on the DNS system. Pairing security with bandwidth savings and fast global DNS response time makes Cloudflare the perfect partner for our business. 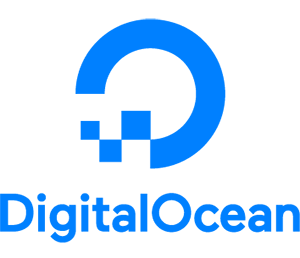 In the first quarter of 2016, Cloudflare saw a 15x increase in individual DoS events. Read more

DNS flood attacks can quickly saturate the capacity of a domain’s Domain Name System (DNS) servers resulting in service disruption for an organization. Cloudflare runs one of the largest authoritative DNS networks in the world. With Cloudflare, when a DNS flood attack targets your website, API, or web application, it will hit our global Anycast network of data centers and get mitigated without impacting the availability of your domain’s services.

Cloudflare runs one of the largest authoritative DNS networks in the world. Leveraging the significant capacity of our global network, Cloudflare has mitigated some of the largest distributed denial of service attacks in history. We also have the fastest global performance of any managed DNS provider, with an average of a few milliseconds query speed.

Everyone’s Internet application can benefit from using Cloudflare.
Pick a plan that fits your needs.

for personal websites and blogs

We offer a Free plan for small personal websites, blogs, and anyone who wants to evaluate Cloudflare.

Our mission is to build a better Internet. We believe every website should have free access to foundational security and performance. Cloudflare's Free plan has no limit on the amount of bandwidth your visitors use or websites you add.

If you want to make your site even faster and more resilient, you can easily upgrade to one of our higher tier plans.

Free $ 0 /month per website
Select
Expand to see more Hide
For personal websites, blogs, and anyone who wants to explore Cloudflare.

The Free Plan includes all of these features:
Compare all features
PRO $ 20 /month per website
Select
Expand to see more Hide
For professional websites, blogs, and portfolios requiring basic security and performance.

The Business Plan includes everything in Pro, and:
Compare all features
Enterprise contact us
Select
Expand to see more Hide
For companies requiring enterprise-grade security and performance, prioritized 24/7/365 phone, email, or chat support, and guaranteed uptime.

The Enterprise Plan everything in Business, and:
Compare all features

$ 0 / month
For personal websites, blogs, and anyone who wants to explore Cloudflare.

Read some of our case studies