NewEasy.com is an online store selling innovative new products that make life easy. The New Easy Marketplace gives shoppers a single destination for their favorite As Seen On TV products plus hundreds of other items. “We work with all of the top direct response manufacturer's,” explained Ron Rule, President and CEO of As Seen On TV, Inc., “and directly with inventors to bring new products to the web and consumer retail space.”

“Initially, our challenge was around serving the media content on our site,” Rule continued. “With millions of visitors across thousands of products, all with images and most with video, using a CDN was essential.” A CDN, or Content Delivery Network, aids New Easy’s media delivery by caching static content and serving them from the edge servers nearest to the end user. This caching and serving helps reduce bandwidth loads and also improves performance as visitors get served from the data center closest to them instead of an origin server in a remote location.

“A second challenge was handling the spikes in traffic that come to our site,” Rule added. “At any given time there may be only a few hundred users on the site, but when a product commercial airs on television we get a huge surge in traffic. It was difficult to maintain a configuration that could handle the traffic spikes without being unnecessarily expensive the rest of the time.”

“I also had some security concerns,” Rule related, “since it seemed as though every week new vulnerabilities were being discovered on every server platform.

“I evaluated a few players in the market,” Rule began, “but they all had the same flaws— namely the modification of on-page code to reroute requests to their specific CDN URLs instead of working with what we already had. The code changes always seemed to interfere with something else the page was supposed to be doing, which would result in a worse user experience, instead of the enhanced one we were looking for.”

“However,” Rule continued, “Cloudflare worked without making changes to code or image URL’s. We still serve content from our own domain, and it didn’t mess up any Javascript. Basically it was completely transparent and did it’s thing on the back-end without interfering with the front. Having used Cloudflare on other projects in the past, we actually made the decision that it would be an integral part of the New Easy website before we wrote the first line of code. We couldn’t do a lot of things as effortlessly as we’re doing them now without it.” Today, New Easy uses Cloudflare’s CDN to cache and serve their content from Cloudflare’s data centers in 200 cities around the world. Resulting in a fast, performant site and dramatic savings: “I would estimate we save about $30,000 per year on our hosting infrastructure costs,” Rule remarked. “Cloudflare has massively reduced our bandwidth consumption, and by serving a large percentage of content from the cache, overall server resource requirements have been greatly reduced.”

As for the security of the site, New Easy is happy to have Cloudflare’s layer of protection. “Security is critical these days,” Rule related. “Even if you’re doing everything right from a security perspective, a vulnerability with your web host or even the underlying server platform puts sensitive customer data at risk. One unadvertised benefit of being on Cloudflare is that by having an extra layer between your web server and the user, malicious actors never actually talk directly to your server— a scan of your site doesn’t reveal your true server OS or script engine version, so tons of “automated” worms that search for vulnerabilities will skip right over you since they can’t tell what you’re running.”

Rule concluded that “Honestly, the best thing about Cloudflare is how easy the process is. You don’t have to think about it or realize it’s even there. It just works the way it’s supposed to. And if you do know what you’re doing, there are so many benefits that you can really get a lot of out it.” 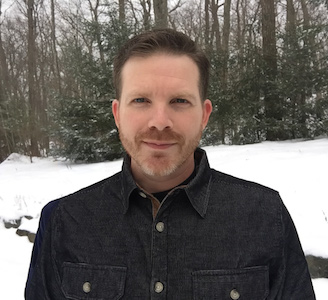 “Having Cloudflare is like having a firewall, CDN, and everything else that’s usually reserved for large geo-redundant sites, without doing anything but changing your nameservers.”