Originally conceived of as a communications network for humanity during a crisis, it’s come a long way since then. But in this moment of crisis, it’s being put to use for that original purpose.

How has the Coronavirus pandemic impacted Internet traffic?

See the change in Internet traffic in these major cities. The green areas indicate growth in traffic and the red areas indicate where it has decreased between early January and late March 2020.

The services and information people are using online has changed rapidly in just two months. Here’s a snapshot of the categories that have seen increased traffic, and those that people are accessing less.

Since the emergency began, we have detected shifts in cyberattack patterns. Some kinds of attacks have increased, and others have fallen. Here are current trends in threat activity.

How was the Internet designed to handle such a large spike in traffic? 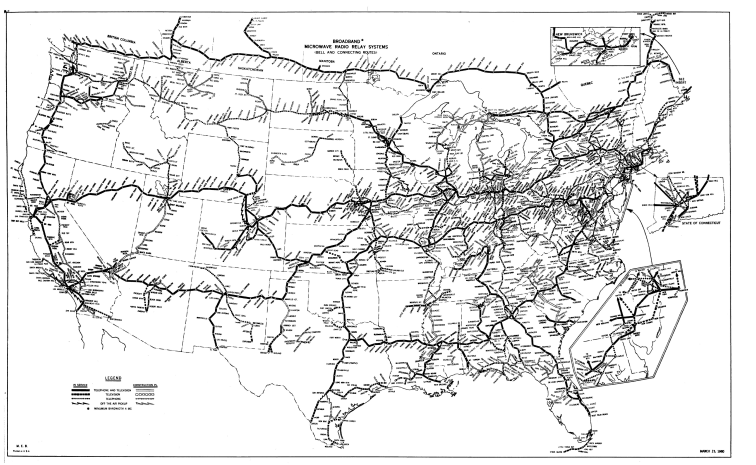 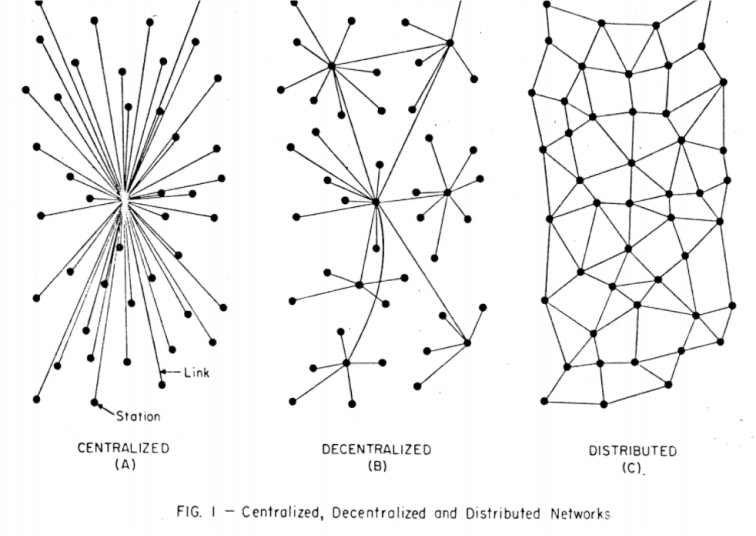 In 1962, at the height of the Cold War, the only network that most people had heard of was the telephone system. In the US, it was massive and run by one company who controlled it all. It was powerful but inflexible, expensive, and brittle. It wasn’t suitable for the coming computer age.

At the same time, researchers were inventing a new type of network. It would be distributed and without central control. It would be able to survive parts of it being destroyed or failing. It would be flexible. It would handle anything: data, voice, video. And it would adjust automatically when things change.

Inventing this future meant forgetting the phone, telephone exchanges, operators and connecting. Just as ocean shipping was transformed by a standard container, standard-sized “packets” of information sent across the network would be cheaper, simpler, more flexible and more resilient. If one path through the network was destroyed, packets could take a different route.

In 1966, two test networks emerged: the NPL Network in the UK, and ARPANET in the US. By the end of the 1960s ARPANET connected four computers together: three in California and one in Utah. The Age of Aquarius was in full swing and a new age of communication was coming to life.

Through the 1970s the ARPANET grew. First in the US and then connecting via a satellite link to Norway and the UK. This wasn’t to be a network for the United States, but for the entire globe.

The network wasn’t yet ready for the public. The promise of packet-switching only became reality through the diligent theorizing, testing and debugging of a diverse community. They were doing something that had not been done before: they were using a computer network to communicate, collaborate and invent.

They were chatting, exchanging emails, downloading files. The vanguard of the future we live today.

And their network was getting more and more reliable. With the invention of what would become TCP/IP, the protocol that underlies most Internet traffic today, in 1974 the stage was set for a reliable, fast, flexible, robust, global network.

The ARPANET experiment was over. It had shown the way. The global network of networks had momentum and a new name. 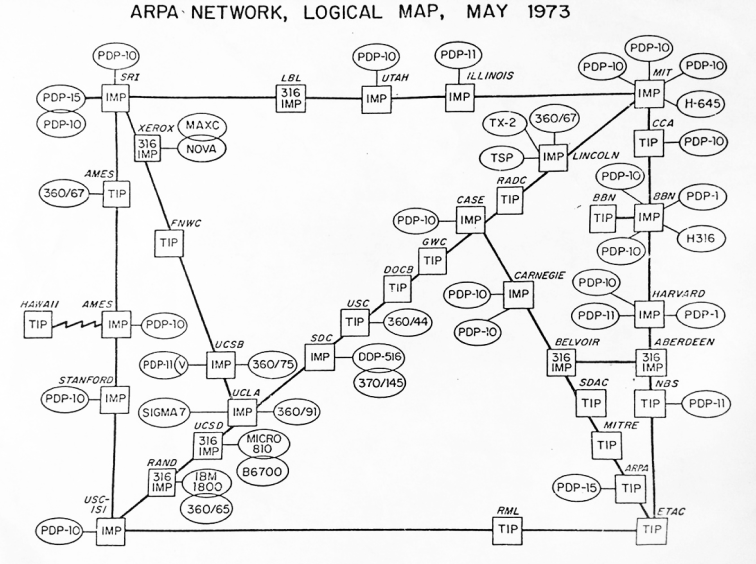 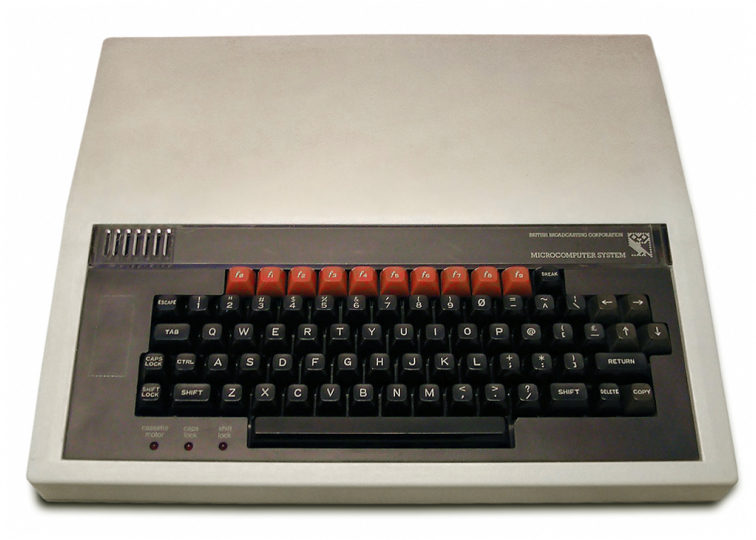 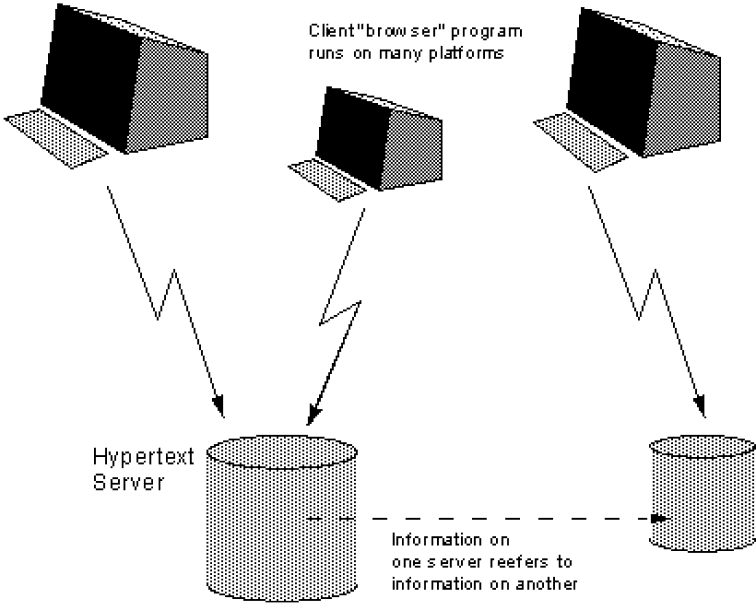 As the 70s ended and the 80s began another revolution was happening: computers were starting to appear in homes and in offices. Commodore, Tandy, Apple, Sinclair, Acorn, Dragon, Amstrad, Compaq.

The stage was set for an always-on, always-connected future. A demanding world where every user would choose how they use the network. And the network was almost ready. In the meantime, home and office computer users were forced to dial into private services like AOL, Prodigy and CompuServe. These closed worlds contrasted sharply with the open Internet growing quietly in the background.

At first computers on the Internet were identified by numbers. But it expanded so fast that it became impossible to keep up and a way of naming computers was needed. The DNS (or Domain Name System) was born.

But there were signs of the problems that the future Internet would have to handle. The first spam email had already been sent at the end of the 1970s. And in 1988 a computer worm burrowed through the Internet infecting thousands of computers. The network was entirely unencrypted and many computers allowed anyone to log in and use them.

At the end of the decade the first commercial Internet services arose as Compuserve, MCI and others started providing Internet email service.

And in Switzerland, a young researcher named Tim Berners-Lee was dreaming of a different Internet. An Internet suitable for everyone, an Internet where information could be obtained at the click of a link.

He called his idea The World Wide Web.

The Internet we know today was dreamt in the 1960s, debugged in the 1970s and built in the 1980s. Thirty years of work to create a reliable, flexible, inexpensive, global network.

How is Cloudflare helping protect the Internet during the Coronavirus emergency?

Cloudflare’s mission is to help build a better Internet. Because of the strain of the COVID-19 emergency on corporate IT globally, Cloudflare offered Cloudflare for Teams products at no cost to companies of any size between March 12 and September 1, 2020.

Cloudflare powers a substantial portion of the Internet. During this time of increased strain on networks around the world, our team is working to ensure the Internet continues to run smoothly. Learn more about our team and all our work at Cloudflare.com. 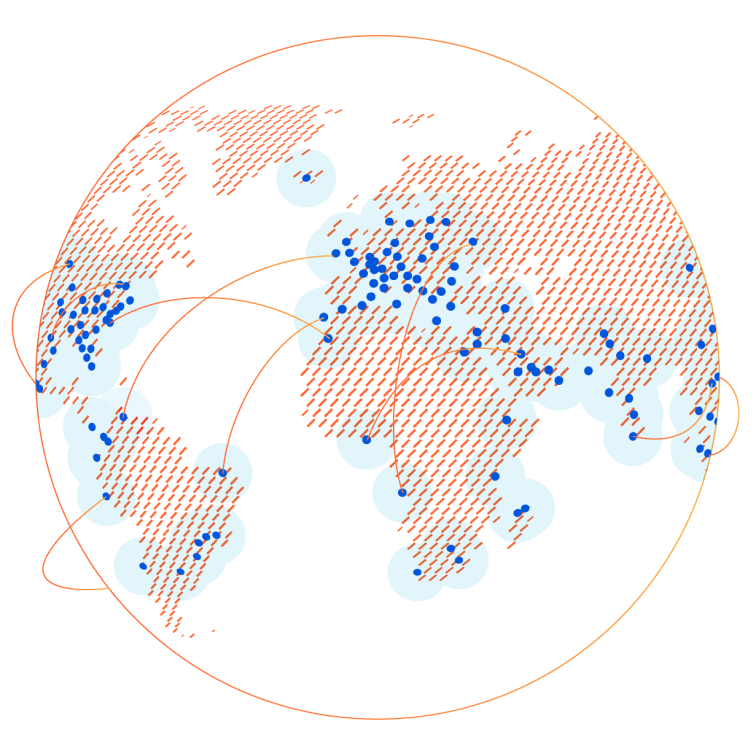